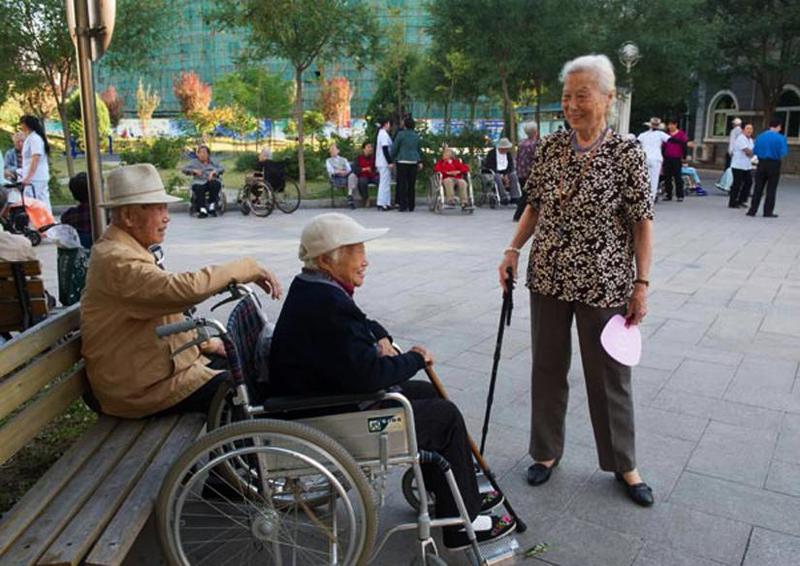 BEIJING – China will transfer some state assets, including shares of state-owned companies (SOE) and financial institutions, to the country's social security funds as an aging society puts pressure on pension payments, an official document showed Saturday.

The assets will be transferred to the National Council for Social Security Fund (NCSSF) and wholly state-owned companies, according to a document released by the State Council.

Starting in 2018, the program will be expanded to more centrally supervised companies, with assets to be transferred in groups

The transfer ratio will be 10 percent of the state-owned equity.

Under certain circumstances and upon approval, the NCSSF can set up a pension fund management company to independently operate the transferred assets.

The NCSSF and local SOEs that receive the equity can earn dividends from SOE shares and have the right to disposal, but will not be involved in the management decisions of the companies, the document said.

The recipients will, in principle, be subject to a three-year lock-up period before they can sell the transferred shares.

Pilot programs on the transfer will start in 2017, with shares of three to five centrally supervised SOEs and two central financial institutions to be transferred.

Starting in 2018, the program will be expanded to more centrally supervised companies, with assets to be transferred in groups.

The move will ensure the sustainable development of the country's basic pension insurance system, while also diversifying the capital structure of SOEs as part of an ongoing reform to improve SOE efficiency, the Ministry of Finance (MOF) said in an online statement.

The program will only involve a small number of listed SOEs, with the majority being non-listed central and local SOE equity, the MOF said.

With more than 200 million people over the age of 60, China faces a severe challenge in meeting its pension obligations.

While the overall picture has stayed positive, geographical imbalance has remained. In areas where economic growth is behind the national average, such as the old industrial base of northeast China, fewer people have paid contributions while many have retired, resulting in a periodic deficit.

To address the issues, authorities have been striving to increase pension fund revenue by expanding coverage and raising fiscal investments.

Pensions are traditionally held by banks or used to purchase treasury bills. They are now allowed to be invested in a variety of financial products, including bonds and stocks.

Since the end of 2016, seven provincial-level regions have entrusted their pensions to the NCSSF in the hope of more diverse and higher returns.

The transfer program will further ease the mounting pressure, and cut the burden of the working generation by expanding the pension fund scale without raising taxes or pension contribution rates, the MOF said.

The MOF also said that the program is not aimed at selling off state-owned assets to meet the pension obligations. Rather, it is a long-term mechanism that supplements social security funds and optimizes the structure of state-owned capital.

According to previous estimates by China International Capital Corporation, a 6-percent transfer rate of SOE shares to social security funds would result in a 1 percentage point reduction to basic pension contribution rates for companies.

That will lower corporate costs notably, and will also foster the healthy growth of the capital market as social security funds become a large and long-term institutional investor in the market.