HONG KONG -- A series of violent activities have plagued Hong Kong since June. The following are five things you need to know about what has happened in Hong Kong. 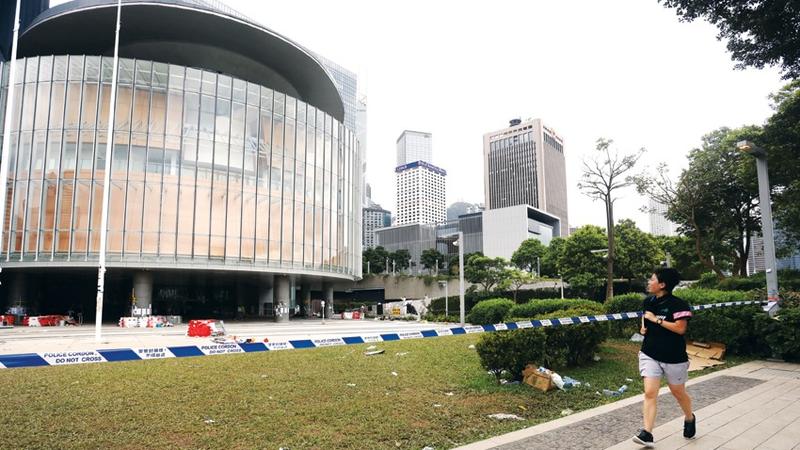 A jogger gazes at the aftermath of the violence behind police lines outside the Legislative Council Complex, July 2, 2019. (EDMOND TANG / CHINA DAILY)

1. HOW DID ALL THESE START?

During their trip to Taipei in February 2018, a then 19-year-old suspect surnamed Chan from Hong Kong allegedly murdered his 20-year-old pregnant girlfriend, also a Hong Kong resident, in Taipei, fled Taiwan and returned to Hong Kong alone.

The Hong Kong Special Administrative Region has agreements with 20 jurisdictions on the surrender of fugitive offenders and 32 jurisdictions over mutual legal assistance in criminal matters around the world.

To fix the legal loophole, the HKSAR government tabled the Fugitive Offenders and Mutual Legal Assistance in Criminal Matters Legislation (Amendment) Bill 2019 at the Legislative Council (LegCo) for discussion on April 3.

The bill was proposed to enable Hong Kong to conduct case-based cooperation with jurisdictions that have no effective long-term arrangement with Hong Kong on juridical assistance in criminal matters.

The HKSAR government reiterated that the amendments are meant to protect the law-abiding general public in Hong Kong and business activities from the threat of crime.

The lack of knowledge of the legal system of the Chinese mainland and the fact that some people stoked fears led to growing public concern over the bill.

A mass protest against the bill broke out on June 9.

Despite the government's promise to continue addressing concerns over the bill and repeated calls for rational discussions both at the LegCo and in the community, the LegCo meeting slated on June 12 had to be delayed after protesters violently stormed and vandalized the LegCo building. 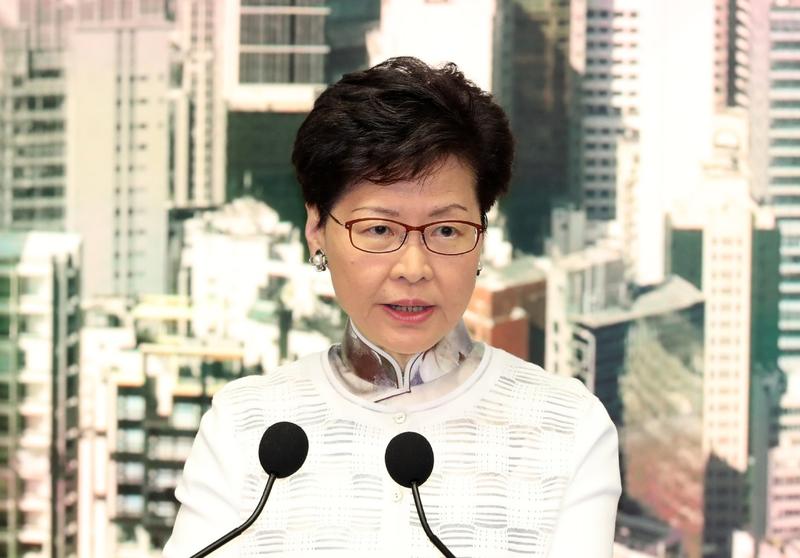 2. HOW DID HKSAR GOVERNMENT RESPOND?

While proposing the ordinance amendments, the HKSAR government said it has dealt with the matter with caution, paid close attention to the concerns of the society, and taken concrete steps to ease their concerns.

Additional human rights protections to the bill were also introduced.

On June 15, HKSAR Chief Executive Carrie Lam announced that the HKSAR government would suspend the legislative amendments until further communication and explanation work is completed.

On Aug 20, Chief Executive Carrie Lam said the HKSAR government would start work immediately on building a platform for dialogue among all walks of life

After the amendments were completely halted, Hong Kong's opposition and some radical forces continued to use the situation to incite anger through a series of more violent protests that sent Hong Kong into chaos.

Some opposition figures and radical protesters went even further to drum up "Hong Kong independence" and shouted slogans like "Liberate Hong Kong, revolution of our times."

As the situation worsened, the HKSAR government condemned the violent acts, called for law and order, and warned that extreme violence is pushing Hong Kong to a "very dangerous situation."

On Aug 13, Lam said the most urgent task for Hong Kong at the moment is to stop violence and safeguard the rule of law, to prevent Hong Kong from sinking into "an abyss and being smashed to pieces."

READ MORE: Violence is pushing HK into 'abyss of destruction'

"Only when all calm down, will genuine dialogue, fixing the rift and restoring social harmony, begin," Lam said.

On Aug 20, Lam said the HKSAR government would start work immediately on building a platform for dialogue among all walks of life.

She hoped that all sides could show understanding and respect toward each other, and conduct dialogues openly and directly with people of all classes with different political stances and backgrounds, in a bid to find a way out for Hong Kong. 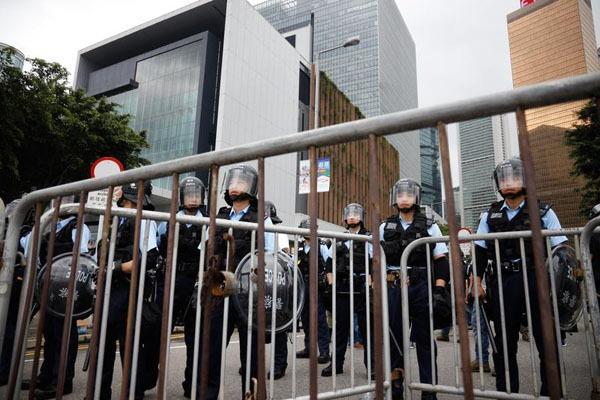 Police officers take up position outside the Office of the Chief Executive in Hong Kong on June 12, 2019. (PHOTO / CHINA DAILY)

3. HOW DID HONG KONG POLICE REACT?

As protests often evolved into violence and assaults against police officers, Hong Kong police, facing tremendous pressure, had to fire tear gas and used batons to keep law and order on some occasions.

"We are responsive. If there are no violent charging at our check lines, no one attacking us, attacking our police station, we are not going to use force to stop it," Yeung Man-pun, a police officer of Kowloon City District, said on Aug 16.

We have been incredibly restrained ... the actions of the Hong Kong police have been as tolerant as any other police force on the planet would have been ...

Since early June, about 180 police officers have been injured and police stations were attacked over 75 times.

Still, police exercised great restraint when handling unlawful protests and only dispersed violent protesters with minimum use of force.

Chief Superintendent David Jordan said in an interview that the situation on the front line is the most dangerous that he has faced in over 25 years because of the level of aggression and violence.

Jordan, 52, serves as the Commandant of the Police Tactical Unit, a force for large-scale emergencies.

"We have been incredibly restrained, and also we are only reactive," Jordan said. "I strongly feel that the role and the actions of the Hong Kong police have been as tolerant as any other police force on the planet would have been. A lot of other police forces would have acted far more productively and possibly aggressively against this kind of situation."

Jordan said police allow some disruption before they deploy, which is an incredible amount of tolerance for an international city police force.

The HKSAR government has firmly supported the police, saying the frontline force is under enormous pressure and facing unjust accusations of brutality. 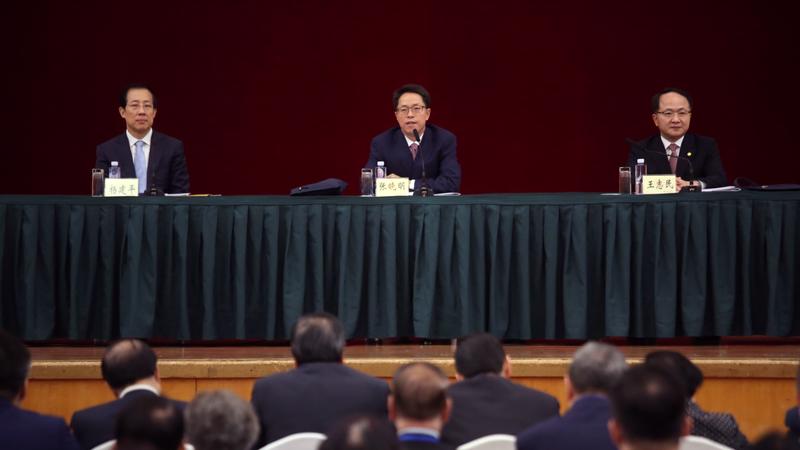 4. HOW DOES CENTRAL GOVERNMENT SEE IT?

The central government authorities have demanded order be restored and violence be stopped.

The criminal activities blatantly challenged the bottom line of the "one country, two systems" principle and they must be punished by law, said Zhang Xiaoming, director of the Hong Kong and Macao Affairs Office of the State Council, in early August.

The director of the Hong Kong and Macao Affairs Office of the State Council said the criminal activities blatantly challenged the bottom line of the "one country, two systems" principle

READ MORE: Zhang: Central govt will not sit by if HK falls out of control

Like many Hong Kong people have said, the ordinance amendment issue has changed in its essence and bears the features of a "color revolution."

The central authorities firmly support Chief Executive Carrie Lam in leading the HKSAR government's law-based governance, and they have confidence in Lam's wisdom and ability to handle the current situation in Hong Kong and lead the HKSAR government's administrative team to move forward and make further progress, Zhang said. 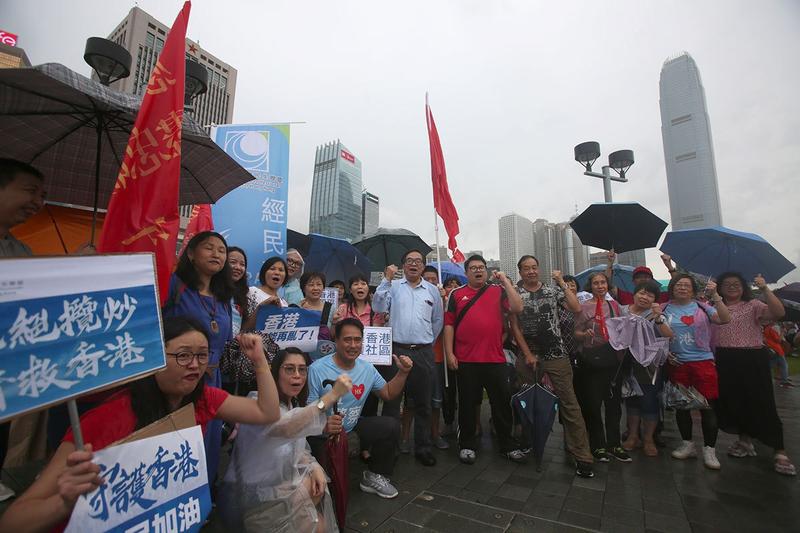 5. WHAT CONSEQUENCES HAVE BEEN INCURRED?

Weeks of upheaval has undermined the social order and an already weak economy, with Hong Kong's retail, restaurants and tourism already hit hard.

The disorder has frayed Hong Kong residents' nerves and made lives difficult. Many small and medium-sized enterprises said they have suffered a 30-percent drop in earnings and pay cuts for employees in recent months, according to a survey.

The risk of an economic downturn in Hong Kong is significantly rising in the face of internal and external difficulties, said Paul Chan, HKSAR government financial secretary

The HKSAR government revised downward the real economic growth forecast for 2019 as a whole to 0 to 1 percent, from an earlier estimate of 2 to 3 percent.

The risk of an economic downturn in Hong Kong is significantly rising in the face of internal and external difficulties, said Paul Chan, HKSAR government financial secretary.

Investor confidence has been dampened, and companies have postponed plans of initial public offerings in Hong Kong.

On Aug 15, the HKSAR government rolled out a package of measures to support enterprises and relieve people's financial burden, which will cost about 19.1 billion HK dollars (about US$2.4 billion).