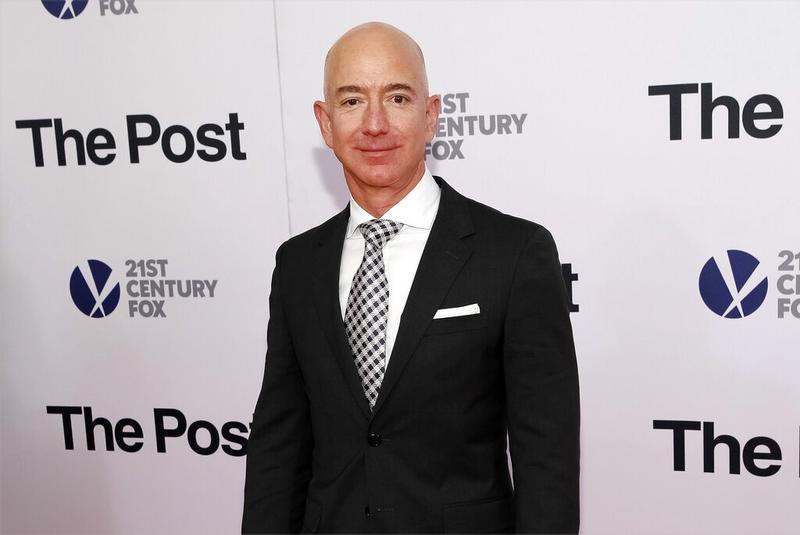 In this Dec 14, 2017, file photo, Jeff Bezos attends the premiere of "The Post" at The Newseum in Washington. (BRENT N CLARKE / INVISION / AP)

WASHINGTON — Private investigators working for Jeff Bezos have concluded that the brother of the Amazon CEO's mistress leaked the couple's intimate text messages to the National Enquirer, a person familiar with the matter told The Associated Press on Monday.

The person wasn't authorized to discuss the matter publicly and spoke to AP on condition of anonymity.

The findings add to the intrigue surrounding the clash between the pro-Trump tabloid and the world's richest man. Bezos' investigators have suggested the Enquirer's coverage of his affair was driven by dirty politics. Trump has been highly critical of Bezos over his ownership of The Washington Post and Amazon, and the Post's coverage of the White House.

The brother, Michael Sanchez, is a supporter of President Donald Trump and an acquaintance of Trump allies Roger Stone and Carter Page. He is also the manager of his sister, Lauren Sanchez, a former TV anchor. The investigators have not said how they believe Michael Sanchez came into possession of his sister's intimate messages.

Michael Sanchez did not immediately respond to a message seeking comment on Monday. In a Jan 31 tweet, he said without evidence that Bezos' longtime security consultant, Gavin de Becker, who is leading the private investigation, "spreads fake, unhinged conservative conspiracy theories."

An attorney for the tabloid's parent company did not immediately respond to an email seeking comment.

On Sunday, an attorney for the head of American Media, which owns the Enquirer, said that the information for the story had been provided by a "reliable source" well-known to Bezos and Lauren Sanchez. The source had provided information to the company for at least seven years, Elkan Abramowitz, an attorney for American Media Inc. chief executive David Pecker, said on ABC's "This Week."

He was asked if Sanchez was the source and he said: "I'm not permitted to tell you or confirm or deny who the source is."

But the Daily Beast, citing people inside American Media, Inc, reported that Sanchez was the Enquirer's source.

Bezos ordered the investigation after the Enquirer published a story about the affair last month. The investigators have since turned over the results of their probe to attorney Richard Ben-Veniste for review and possible referral to law enforcement. Ben-Veniste had served as special prosecutor during the Watergate scandal.

Bezos has said AMI threatened to publish explicit photos of him unless he stopped investigating how the Enquirer obtained his private exchanges, and publicly declared that the Enquirer's coverage of him was not politically motivated.

Federal prosecutors are also looking into whether the Enquirer violated a cooperation and non-prosecution agreement that recently spared the tabloid and top executives from charges for paying hush money to a Playboy model who claimed she had an affair with Trump, two people familiar with the matter told the AP. The people weren't authorized to discuss the matter and spoke on condition of anonymity.