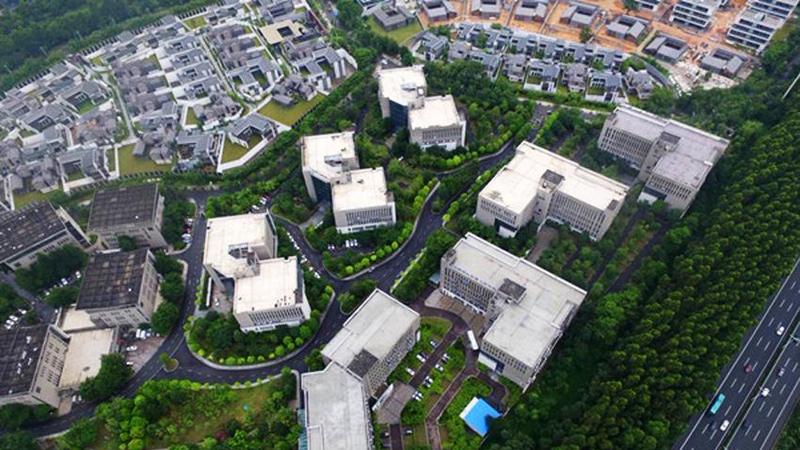 This undated photo shows Songshan Lake Xbot Park is home to numerous emerging enterprises focusing on intelligent manufacturing. The Ministry of Science and Technology has revealed that China has budgeted over US$2 billion for major research and development programs in 2018. (HUANG LULU / XINHUA)

China will establish a lifelong accountability system to investigate and punish scholars who have committed serious academic fraud, according to new instructions published on Wednesday night.

The system will allow swift and serious investigations of academic fabrication, falsification and plagiarism,

even if the offender has moved on to other posts or retired, according to the new rules

The system will allow swift and serious investigations of academic fabrication, falsification and plagiarism, even if the offender has moved on to other posts or retired, according to the new rules issued by the general offices of the Communist Party of China Central Committee and the State Council, China's Cabinet.

Depending on the severity of the offense, punishments can range from canceling a project's funding to revoking the offender's titles and permanently banning them from promotion or other research positions. Institutes that connive or shield violators will also be punished with budget cuts or judicial action.

The new guidelines also urge the building of an interdepartmental research integrity management platform, the carrying out of thorough ethical evaluations on key science projects, papers and personnel, and studying whether to make serious academic fraud a criminal offense.

The document said the new regulations will strictly uphold the principles of "zero tolerance, full coverage and serious punishment" when curbing questionable academic practices, to promote research integrity and increase the credibility and quality of Chinese research.

The new rules are China's toughest and most comprehensive guidelines on academic fraud since 2007, when the Ministry of Science and Technology launched the Administration Office for Research Integrity after reports in 2006 revealed Hanxin, a chipmaking program from Shanghai Jiao Tong University, had swindled hundreds of millions of yuan in government funding through false claims.

In recent years, China has made great strides in improving its research integrity, but many loopholes still exist, the new document said.

In April 2017, science journal publisher Springer retracted 107 papers from its journal Tumor Biology after evidence emerged that their authors, mostly Chinese, had faked peer reviews that helped get the papers accepted.

The new rules say academic research integrity is the foundation of innovation and a key basis for turning China into a global technology powerhouse, adding that the Ministry of Science and Technology will oversee natural science papers, and the Chinese Academy of Social Sciences will oversee social science papers.

Academic integrity will be an essential requirement in evaluating researchers for promotions and project planning, and China will focus on the quality and influence of research, not its quantity.

Paul Nurse, a British Nobel laureate and former president of the Royal Society, said academic dishonesty is common around the world, but there are different types of misconduct, from data errors to cheating on purpose.

"We as a world community should take these issues more seriously, and distinguish between the different types of problems and have different responses," he said. "The single most important thing is to have a culture that pushes the message that science is a high calling and no frauds are acceptable."

Miao Changwen, an academician from the Chinese Academy of Engineering, said: "We intellectuals should take the first step in promoting honest conduct, and use real science to help lead the country's development."

Zhang Yangfei contributed to this story.