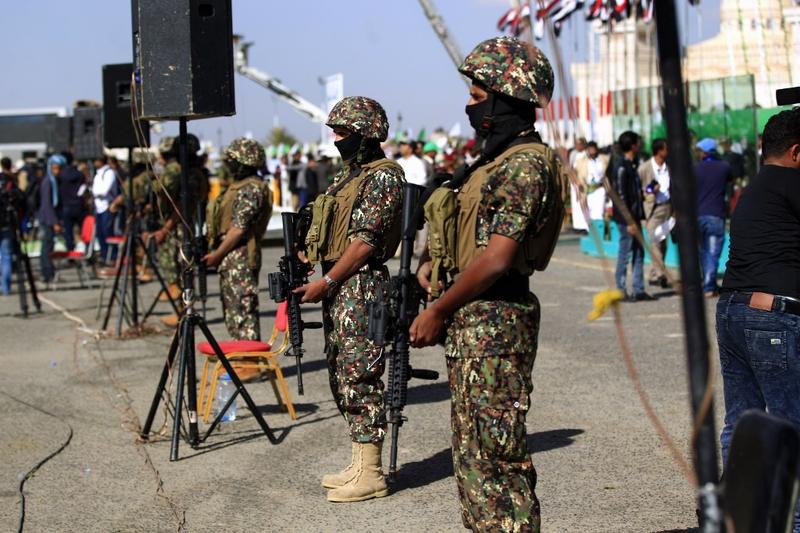 It was not the first time the Saudi regime accuses us of targeting Mecca with ballistic missile...

"It was not the first time the Saudi regime accuses us of targeting Mecca with ballistic missile ... The Saudi regime is trying to rally support to its military aggression against our Yemeni people," the Houthi military spokesman Yahya Sarea was quoted as saying in a statement.

The Houthis' Al-Masirah satellite news channel said early Tuesday they targeted the airport in Najran with a Qasef-2K drone, striking an "arms depot." Najran, 840 kilometers southwest of Riyadh, lies on the Saudi-Yemen border and has repeatedly been targeted by the Iran-allied Houthis.

A statement earlier on the state-run Saudi Press Agency quoted Saudi-led coalition spokesman Col Turki al-Maliki as saying the Houthis "had tried to target" a civilian site in Najran, without elaborating.

Al-Maliki warned there would be a "strong deterrent" to such attacks and described the Houthis as the "terrorist militias of Iran."

Houthis have been targeting Saudi border cities since the beginning of the war in Yemen.

On Sunday, the Houthi rebels vowed to strike 300 vital military targets inside Saudi Arabia and the United Arab Emirates.

The Saudi-led coalition has been intervening in the civil war in Yemen since 2015 to fight the Houthi rebels who seized Yemen's northern provinces, including the capital Sanaa. 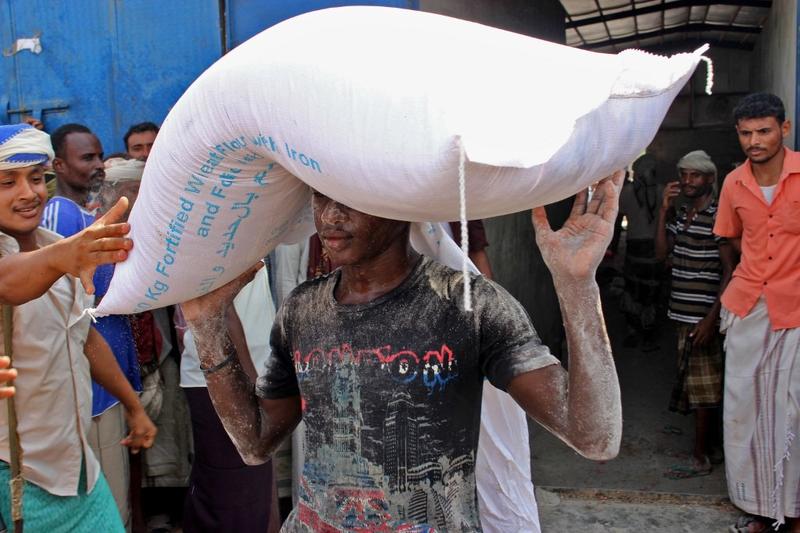 An aid worker carries a sack of flour in the northern province of Hajjah on Sept 25, 2018, as Yemenis displaced from the port city of Hodeidah receive humanitarian aid donated by the World Food Programme (WFP). (ESSA AHMED / AFP)

Food aid could be suspended

The World Food Programme (WPF) is considering suspending aid delivery in the areas under the control of Yemen's Houthi group because of fighting, insecurity and interference it its work, Reuters reported the agency as saying on Monday.

"Humanitarian workers in Yemen are being denied access to the hungry, aid convoys have been blocked, and local authorities have interfered with food distribution," the WFP said in a statement. "This has to stop."

Negotiations with Houthi leaders to open up access to hungry people had not yet brought tangible results, the World Food Programme said

"We face daily challenges due to the unrelenting fighting and insecurity in Yemen. And yet, our greatest challenge does not come from the guns, that are yet to fall silent in this conflict - instead, it is the obstructive and uncooperative role of some of the Houthi leaders in areas under their control." The highly unusual threat from the UN agency, which is feeding more than 10 million people across Yemen, reflected what it said were "obstacles that are being put in our way".

The phased suspension of aid would be a last resort and nutrition activities directly targeting malnourished children and women would continue, according to the statement.

WFP said it previously worked with leaders to resolve problems, such as when the Saudi-led coalition which is fighting against the Houthis delayed the movement of cranes to the key port of Hodeidah and cut food supplies by blockading the port.

Negotiations with Houthi leaders to open up access to hungry people had not yet brought tangible results, WFP said, although some had made positive commitments.

WFP's threat of a partial pullout comes after fighting around Hodeidah marred an apparent diplomatic breakthrough by UN envoy Martin Griffiths, who got the Iranian-aligned Houthis to agree a unilateral withdrawal of their forces from Hodeidah and two other ports earlier this month.

Since then Houthi fighters and Saudi-backed pro-government forces have battled in the port city, breaching a ceasefire and casting into doubt the full implementation of the plan for both sides' forces to move back from the port.