Employer input will be lessened in move to reduce business burden 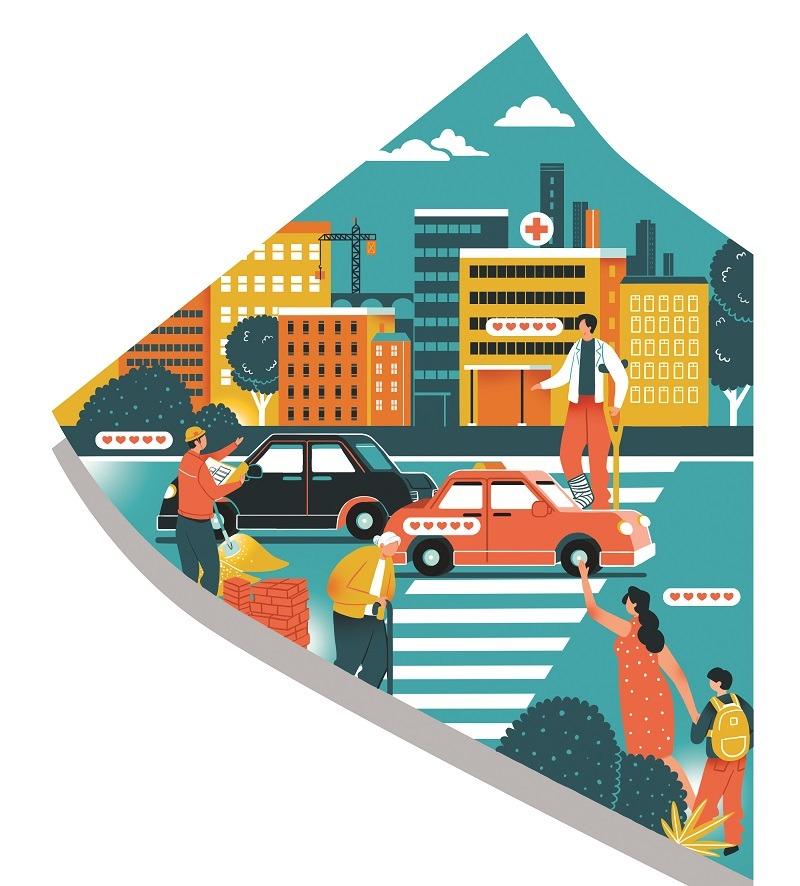 China's decision to lower the rates of social security contributions paid by employers, part of a broader effort to reduce corporate burden, has been lauded by entrepreneurs and experts for shoring up growth and employment.

The country will cut the share of enterprise contributions to urban workers' basic old-age insurance from 20 to 16 percent starting from May, according to the Government Work Report delivered by Premier Li Keqiang this year.

The State Council decided in an executive meeting on March 26 that measures will be adopted to lower the social security wage base, the upper threshold on which a wage earner's contributions to the pension funds may be imposed, for different provincial areas.

For self-employed individuals, they can choose their social security wage base within a range between 60 percent to three times the provincial average.

The policy of cutting the rates for unemployment and work-related injury insurance will be extended to another year to April 2020, according to a decision at the meeting.

The small and micro enterprises have played a major role in job creation. The priority is to ensure their burdens will be reduced in a concrete manner

The State Council also warned local authorities against taking any measures that may increase the burden on small and micro enterprises, including forcing them to pay social security contributions on arrearage, money that should have been paid earlier.

"The small and micro enterprises have played a major role in job creation. The priority is to ensure their burdens will be reduced in a concrete manner," Li said at the meeting.

The meeting also underscored the importance of ensuring pensions can be issued in full and in a timely manner.

Zheng Gongcheng, president of the China Association of Social Security and a member of the Standing Committee of the National People's Congress, said high social security contribution rates had placed extra burdens on employers.

"With the economy faced with downward pressure, the lowering of the rates is an inevitable choice to reduce corporate burden," he said. "Only by ensuring the stability of business operations can we stabilize employment."

The measure, coupled with the tax cuts also rolled out in the Government Work Report in March, is expected to reduce corporate burden in fees and taxes by 2 trillion yuan (US$298 billion) this year.

Zheng said that there is still room for the rate to further reduce to 14 percent. In provinces such as Zhejiang and Guangdong, both with sizable inflows of migrant workers, authorities have already lowered the rate to 13 percent.

Therefore, the move by the State Council will also pave the way for unified national management of the government pension insurance system, which, he said, could be realized before 2021.

The country will bring pension schemes under this management as soon as possible, according to the report to the 19th National Congress of the Communist Party of China in 2017.

China's pension system is currently coordinated at provincial levels, with provinces such as Heilongjiang, located in the country's northeast rust belt, already finding itself struggling to meet its pension liabilities.

Zheng said the lowering of the contribution rates paid by employers will not result in operating shortfalls of the pension funds at national levels.

The basic pension funds, which is administered by the Ministry of Human Resources and Social Security, stood at a surplus of 5 trillion yuan in 2018, the ministry said.

Even if there are discrepancies, the gaps could be filled through transferring a chunk of State financial assets to the social security funds, Zheng said.

For some of China's small and micro businesses, the decision by the State Council has been more than welcoming.

Zhao Lin, the CEO of Rentfor-Joy, a startup based in Beijing, said the measure had provided a financial boost for the company as social security contributions took up a large part of its operation costs.

For SMEs, even though the wage base for their contributions for the pension insurance is based on the minimum wage level of the city, it still put a considerable burden on their operations.

"For us, an even more enabling environment is a necessity to focus on our main business portfolios. We welcome more measures like this," she said.