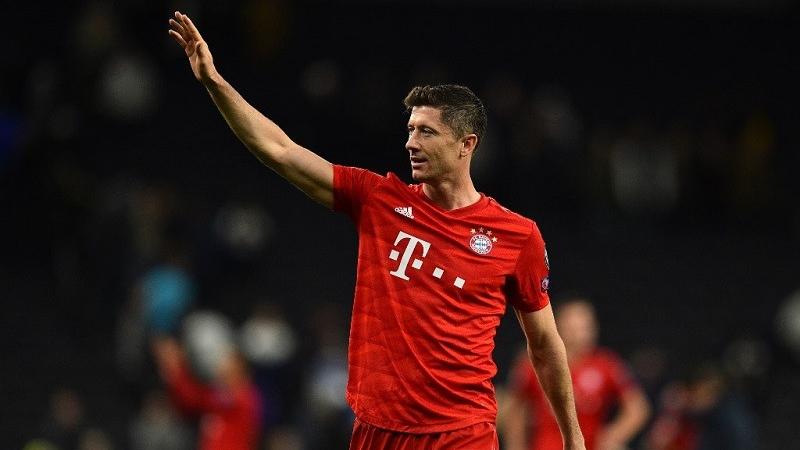 Robert Lewandowski scored again for a Bundesliga record as Bayern Munich went top with a 2-1 win over promoted Union Berlin on Saturday.

Lewandowski is the first player in the league to score in each of the opening nine games, breaking the eight game record set by Pierre-Emerick Aubameyang for Borussia Dortmund in 2015.

"We have the place we want," Bayern coach Niko Kovac said of moving to first, "and we have Lewy (pronounced 'Levy'), who has set a Bundesliga record. That's nice."

We have the place we want, and we have Lewy (pronounced 'Levy'), who has set a Bundesliga record. That's nice

Lewandowski claimed what proved to be Bayern's winning goal in the 53rd minute with his 13th league goal, taking his tally to 19 in 13 games including the Champions League and German Cup. The Polish striker has scored in every competitive game for Bayern this season.

Lewandowski thought he had another score in the 84th, but the goal was ruled out through VAR after teammate Serge Gnabry strayed offside in the buildup.

Sebastian Polter pulled one back for Union with a penalty in the 86th, the visitors' second penalty of the game. Manuel Neuer had already saved Sebastian Andersson's effort from the first in the 59th.

Benjamin Pavard opened the scoring, returning the ball with interest after Union 'keeper Rafal Gikiewicz punched it away, but Bayern went on to miss chances to increase the lead.

Canadian teen Alphonso Davies made his first start for Bayern, while Thomas Müller started for the first time alongside Philippe Coutinho.

Bayern players held jerseys belonging to Niklas Süle and Lucas Hernández in solidarity with their injured teammates before kickoff.

Borussia Dortmund escaped with a 0-0 draw at Schalke, which dominated their Ruhr derby for long periods and twice hit the goal-frame. 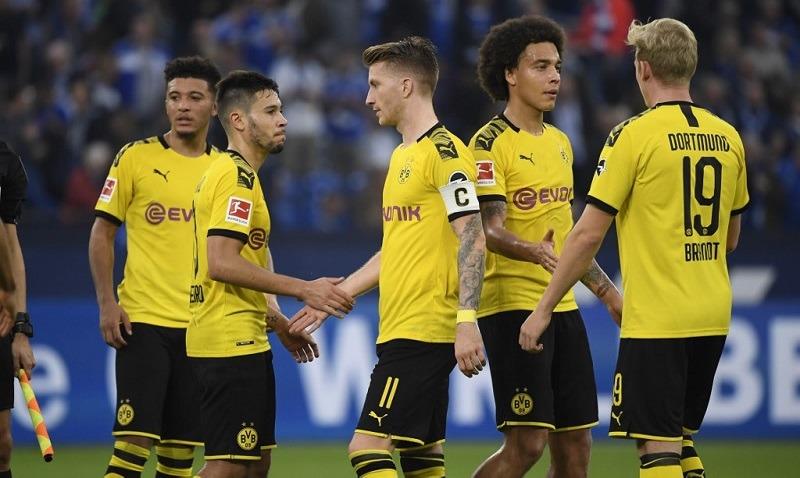 The nature of the performance will increase the pressure on Dortmund coach Lucien Favre, whose side has only two wins in eight games across all competitions.

"They only got through once or twice, but there was no one in the penalty area who could put the thing in," Schalke goalkeeper Alexander Nübel said of the visitors' toothless attack.

Schalke was left to rue a potential penalty call after Thorgan Hazard appeared to block the ball with his arm. There was no intervention from the video assistant referee.

"We can take a lot of good from the game, just not the best - the three points," Schalke coach David Wagner said.

Bayer Leverkusen came back to draw with Werder Bremen 2-2 in another game with a questionable penalty call.

Bremen substitute Benjamin Goller's cross was blocked by the falling Nadiem Amiri's arm in injury time as the Leverkusen midfielder slid in to challenge in the penalty area. However, despite VAR checks, no penalty was awarded.

Former leaders Borussia Mönchengladbach and Wolfsburg were both to play on Sunday.