By Hu Yongqi in Beijing and Zhou Lihua in Wuhan 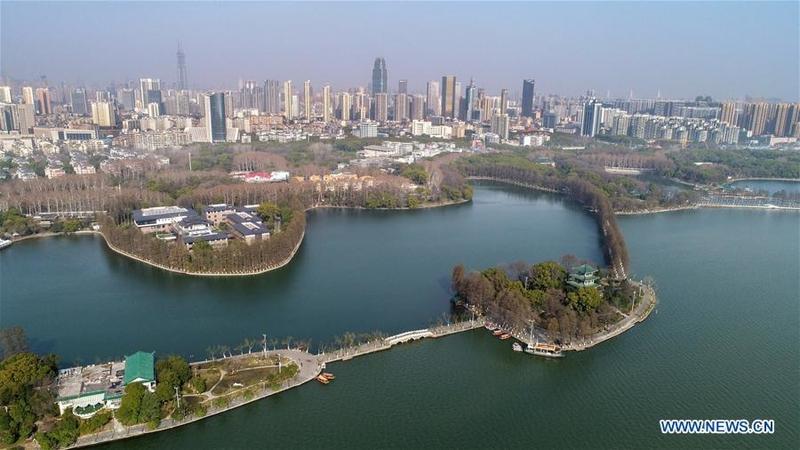 In the past 15 years, the French company Electricfil, a manufacturer of automotive engine and powertrain sensors, has seen its business blossom in Wuhan, capital of Hubei province. The company also serves as a good example of China's cooperation with its home country.

Established in 2004, Electricfil Engine Components (Wuhan) Co was the first branch in China of the company founded in 1936. In the past five years, the Wuhan company has seen annual revenue growth of 20 percent, rarely matched by other company branches, said Li Cheng, the branch's general manager.

More than 100 French companies have made investments in the city, which is known for its good transportation connections to northern and southern parts of China

The Wuhan company initially made components for auto engines, and has now expanded to sensors, intelligent actuators, gearboxes and related equipment. It works to meet the demand of the Chinese market and is focusing on emissions reduction and helping automakers increase fuel efficiency, Li said.

The Wuhan company had sales revenue of 410 million yuan (US$61 million) last year, and it employed 438 people, a number expected to double in five years. The branch contributes about one-fifth of Electricfil's annual sales, a share that is expected to surge to 40 percent in the next few years, Li said.

Electricfil will build a second factory in Wuhan at an estimated cost of 1 billion yuan. Construction is to start by the end of this year. The new plant is to produce high-end sensors, lighting system equipment for smart vehicles and products for hybrid and electric vehicles in 2021.

Within five years, the branch company's annual sales revenue is forecast to hit 1 billion yuan, Li said. By that time, the two plants will be able to make products worth 1.8 billion yuan per year.

Electricfil is not alone. It is among dozens of French companies to invest in the automobile industry in Hubei, highlighting the close partnership between China and France.

More than 100 French companies have made investments in the city, which is known for its good transportation connections to northern and southern parts of China, said Yan Shicheng, director of the bureau of economy and information technology of the Wuhan Economic & Technological Development Zone.

Wuhan, one of the largest investment magnets for France, has focused on the automobile sector in those investments, Yan said. In 1992, the Dongfeng Peugeot Citron Automobile Co was founded in Wuhan as a joint venture by Dongfeng Motor Corp and French carmaker Groupe PSA. At the time it was the largest French investment in China, he said.

The development zone was also established at that time and now houses branches of 30 French companies. The zone has seen nearly US$5 billion in French investment, accounting for 43 percent of all foreign investment in the area, Yan said.

"Electricfil is optimistic about the Chinese market, and we see great potential for new energy vehicles and internet-based cars," Li said.