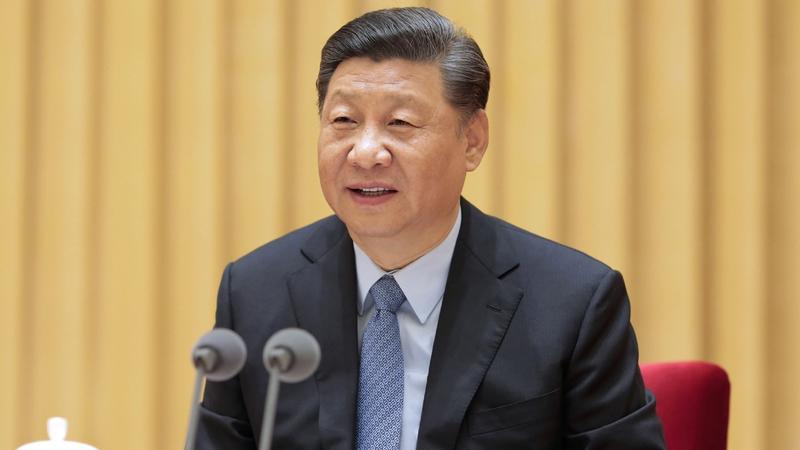 President Xi Jinping speaks at a national conference on public security held on May 7 and 8 in Beijing. (PHOTO / XINHUA)

President Xi Jinping, who is general secretary of the Communist Party of China Central Committee, underlined the significance of the Long March spirit in the new era, calling on Party members and officials to carry forward the spirit to realize national rejuvenation.

That spirit is a strong impetus for the Party, the nation and people of all ethnic groups to keep pressing ahead, Xi said

Xi, also chairman of the Central Military Commission, made the remark in a written instruction delivered on Sunday to the participants in a symposium in Huining, Gansu province, reviewing an activity in which journalists retraced the route of the Long March.

Xi hailed the activity, organized by the Publicity Department of the CPC Central Committee at a time when the whole Party is developing an educational campaign themed "Staying true to the Party's founding mission" and as the 70th anniversary of the founding of the People's Republic of China is celebrated this year.

He said the activity, which involved more than 1,300 journalists from media outlets throughout the country, has great relevance in interpreting the Long March spirit, which was forged by life and blood.

That spirit is a strong impetus for the Party, the nation and people of all ethnic groups to keep pressing ahead, Xi said, calling on Party members and officials to earnestly study history to understand in-depth that the new China and socialism with Chinese characteristics were not easily attained.

He also urged Party members and officials to remain true to the original aspirations and mission of the Party to serve the people wholeheartedly, carry out Party theories, decisions and policies and rejuvenate the Chinese nation.

The Long March was a military maneuver carried out by the Red Army from 1934 to 1936. Soldiers marched through rivers, mountains and grasslands to break the siege of Kuomintang forces and continue the fight against Japanese aggressors. Many marched as far as 12,500 kilometers.