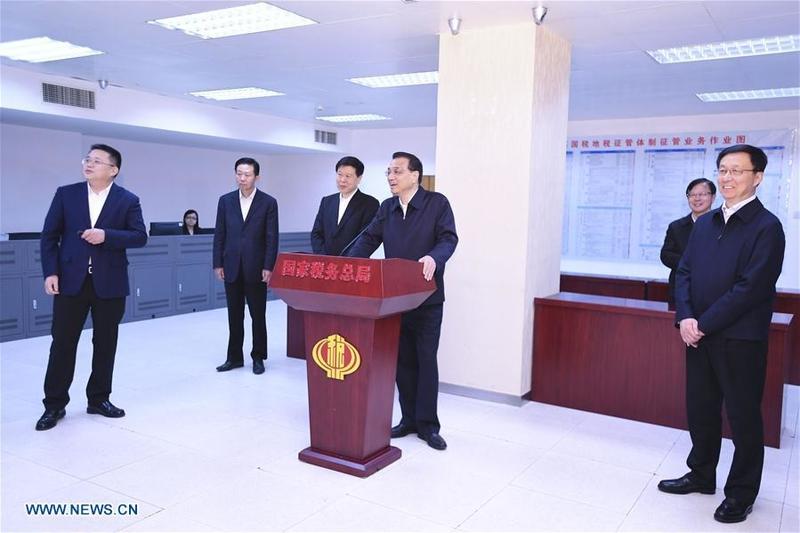 Li, a member of the Standing Committee of the Political Bureau of the Communist Party of China (CPC) Central Committee, made the remarks at a symposium held during his inspection at the Ministry of Finance and the State Taxation Administration.

Vice-Premier Han Zheng, also a member of the Standing Committee of the Political Bureau of the CPC Central Committee, attended the symposium.

China's tax and fee cuts will bring benefits to the country both in the short and long term, as they not only reduce corporate burden and help stabilize employment, but also optimize economic and income distribution structure and promote sustainable fiscal spending, Li said.

China should accelerate the implementation of tax cut measures to further unleash the vitality of companies, which will help the economy keep running within a reasonable range and promote high-quality development, Li said.

Li said that this round of tax cuts must ensure that the tax burden on major industries, such as the manufacturing sector, is decreased significantly and lowered to various extents in some industries.

"All industries will see their taxes go down, not up," Li said.

The government will work out targeted solutions to solve potential tax burden rise as a result of a decrease in input tax deductions in some industries, Li added.

Li said the government must live on a tight budget to support the tax cuts.

Except for those projects that must be done and key programs, the central fiscal authority will cut its expenditures by 10 percent, Li said.

The central government should increase the transfer payments to local governments, especially the fiscal authorities in the central and western regions.

"The tax cuts will be effective only when the market entities enjoy the concrete benefits," Li said.

Li said that all regions and government departments should strengthen coordination to tackle the issues reported by companies and the people in a timely manner.