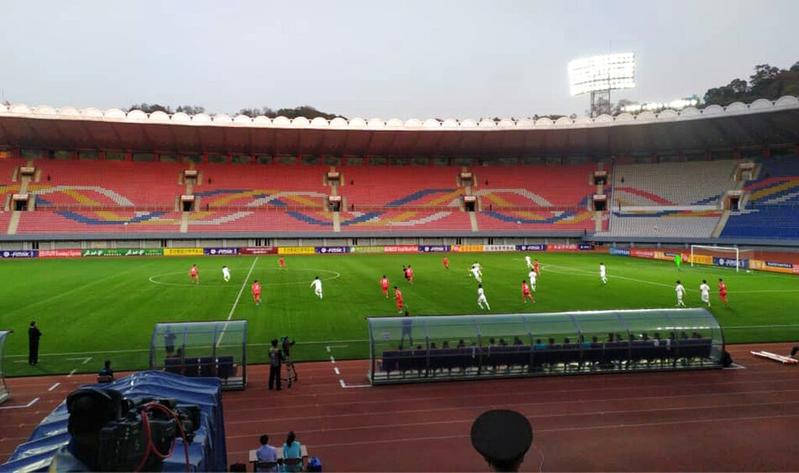 KUALA LUMPUR — The Democratic People's Republic of Korea (DPRK) lost the right to host the final of Asia's second-tier club competition on Tuesday, one week after a media blackout of its World Cup qualifying game against the Republic of Korea (ROK).

The Asian Football Confederation said it moved the AFC Cup final on Nov 2 — between DPRK's army team April 25 and Lebanese club Al Ahed — from Pyongyang to a neutral ground in Shanghai.

DPRK authorities ensured last week that a 0-0 draw was not available to be seen by viewers in ROK, and was played in a near-empty stadium. FIFA President Gianni Infantino attended.

The Asian governing body cited "existing sanctions in place" affecting the DPRK and acknowledged broadcasters' concerns and logistic challenges around working in Pyongyang next week.

"The AFC has been advised by its commercial rights partners of the challenges in enabling among other matters, the production and broadcast delivery of the Final match," the Malaysia-based soccer body said.

April 25 is the first DPRK team to advance to the final of the AFC Cup, which began in 2004 and involves teams from lower-ranked Asian countries.