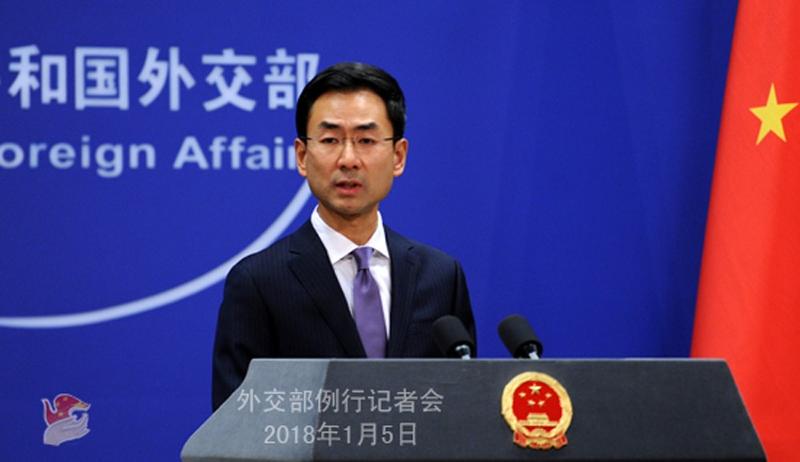 In this Jan 5, 2018 photo, Geng Shuang, spokesperson for China’s Foreign Ministry, takes a question during a press briefing in Beijing, China. (PHOTO / FMPRC.GOV.CN)

BEIJING – China welcomed the consensus reached between the Democratic People's Republic of Korea (DPRK) and the Republic of Korea (ROK) Wednesday to improve inter-Korean ties, ease military tensions in the region and advance the denuclearization process and peace talks on the Korean Peninsula.

It is the shared aspiration of the people on the peninsula and across the region to realize peace and prosperity, as well as reconciliation and cooperation

"China, as a close neighbor, always supports the efforts of the north and south of the peninsula to improve their ties and push forward reconciliation and cooperation through dialogue and consultation," Foreign Ministry spokesperson Geng Shuang said at a press briefing.

China welcomes the consensus and appreciates the efforts of both sides to this end, Geng said while commenting on the development.

It is the shared aspiration of the people on the peninsula and across the region to realize peace and prosperity, as well as reconciliation and cooperation, Geng said.

China hopes that the two sides will continue to implement the consensus, endeavor to promote interaction and cooperation and play a positive role in achieving a political solution to the peninsula issue as well as lasting peace in the region, said the spokesperson.