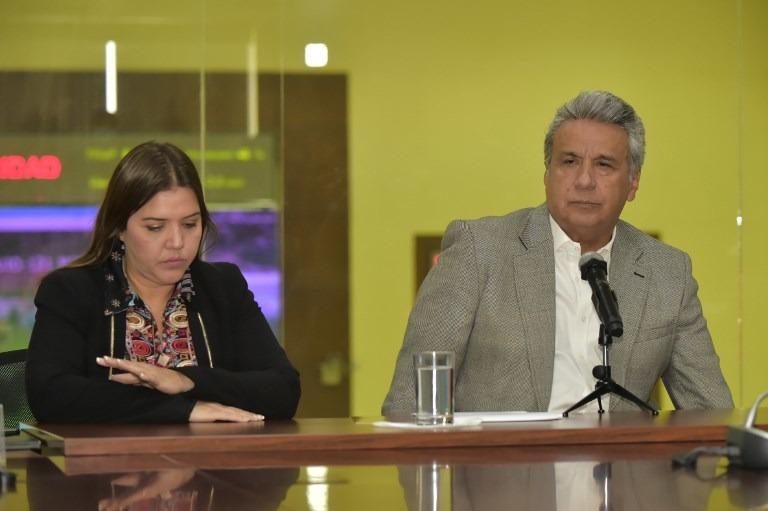 In this file picture taken on April 13, 2018, Ecuadoran President Lenin Moreno, right, and Vice-President Alejandra Vicuna, left, are pictured during a press conference at the ECU911 headquarters in Quito. (RODRIGO BUENDIA / AFP)

In a video broadcast by the local media, Vicuna said that she resigned so that Ecuadorian President Lenin Moreno could count on someone else to assume the responsibilities entrusted to her.

"The country wants and needs peace to move forward," said Vicuna, adding that she could exercise her right without interference of any kind to a legitimate defense in the case.

ALSO READ: Ecuadoreans back limits on re-election in blow to Correa

On Thursday, the State's Attorney General notified Vicuna of the opening of an investigation against her, which is based on charges made by Angel Sagbay, who was her advisor from 2011 to 2013, according to reports by the local television station Teleamazonas.

Vicuna, who was a legislator on two occasions (2009-2013 and 2013-2017) and elected as the vice president on Jan 6 this year, admitted receiving deposits from Sagbay, but has denied that the contributions were obligated.

She said that the charges were part of an alleged extortion scheme and a smear campaign against the government.