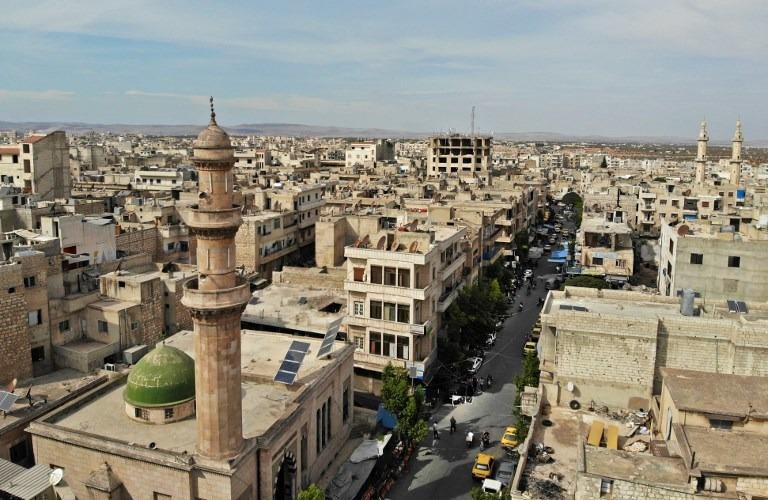 BEIRUT — A month after Russia, Turkey and Iran came together in a last-ditch effort to avert a potentially catastrophic Syrian government offensive in Idlib, they appear to have succeeded in creating a buffer zone around the northern rebel-held province, defusing tensions in a major flashpoint region.

The deal has for now averted a government offensive on the last major opposition stronghold in Syria, where tens of thousands of militants, including foreign jihadis, live alongside 3 million civilians and opposition fighters. But if the truce falls apart, the fighting could cause massive displacement and bloodshed.

The Sept 17 agreement called for setting up a demilitarized zone 15-20 kilometers deep and stretching along the front lines around Idlib, including parts of the provinces of Latakia, Hama and Aleppo

The Sept 17 agreement called for setting up a demilitarized zone 15-20 kilometers deep and stretching along the front lines around Idlib, including parts of the provinces of Latakia, Hama and Aleppo.

Days ahead of an Oct. 10 deadline, Turkey-backed rebels and an al-Qaida-linked alliance pulled their heavy weaponry back from the front lines in accordance with the deal struck between the Russian and Turkish presidents. By Monday, all "radical terrorist groups" are also to pull back. At an unspecified date, Turkish troops and Russian military police plan to begin conducting coordinated patrols and monitoring with drones along the DMZ's boundaries.

Some jihadi groups have remained at their posts in the area, but for now they appear keen to avoid any confrontation with Turkey, activists say.

Here's a look at what to expect next:

Syrian President Bashar Assad said earlier this month that the Russia-Turkey deal is a "temporary one" and that his government's ultimate goal is to restore control over all of Syria. He described Western objections to an offensive in Idlib as "hysterical."

Most observers believe plans for a government offensive are simply on hold and that Assad's forces will eventually retake the province — by force if need be. Amid the myriad rebel groups and hard-core jihadis in Idlib, there are concerns that any of a number of factions could trigger renewed fighting.

Those in the opposition fear the deal could end up like last year's so-called de-escalation zones implemented in central and southern Syria, where government forces used temporary cease-fire agreements to regroup and then launch devastating offensives.

International aid agencies working in northwestern Syria warn of dire consequences for millions of civilians if the Russia-Turkey deal doesn't result in a sustained reduction of violence in the overcrowded province.

Turkey, which supports the Syrian opposition, has deployed hundreds of soldiers to 12 observation posts that ring Idlib following a de-escalation agreement reached last year with Russia and Iran, both of which are allied with the government. That effectively positioned Turkey as a protector of the province and any government offensive risks leading to a direct clash between Syrian troops and Turkish forces.

Most rebel groups, including a Turkey-backed alliance known as the National Liberation Front, have accepted the deal on a demilitarized zone.

At least two jihadi groups, however, have rejected it, but most of their positions are deep inside Idlib, far from the front lines with government forces. These are the al-Qaida-linked Horas al-Din, which described the deal as a "great conspiracy," and the Ansar al-Din Front.

Another jihadi group, the Turkistan Islamic Party, which is mostly made up of Chinese fighters, has not left its positions in the town of Jisr al-Shughour on the edge of the DMZ.

"It is clear that there will be a confrontation eventually because (jihadi factions) are not the type of groups who surrender easily," said Bassam Haji Mustafa, a senior official with the Turkey-backed Nour el-Din el-Zinki, one of 15 that form the National Liberation Front. He added that most people in Idlib support moderate rebel groups backed by Turkey and some Western nations.

Unlike the Islamic State group, whose fighters were able to melt into the desert after major defeats, Haji Mustafa said jihadis in Idlib are surrounded on all sides and have no place to go.

Rami Abdurrahman, who heads the Britain-based Syrian Observatory for Human Rights, said last month that some 183 trucks full of ammunition and weapons arrived in Idlib, bringing in Turkish weapons to the National Liberation Front.  He said the weapons are for possible use against jihadi factions in case they want to undermine Turkey's plans in Idlib.

"We are heading toward a confrontation for sure," Abdurrahman said, adding that Horas al-Din and Ansar al-Din have some 3,500 fighters in Idlib.

The largest and most powerful armed group in Idlib is the al-Qaida-affiliated Levant Liberation Committee, known by the Arabic acronym HTS, a rebel alliance formerly known as Nusra Front.

The group has not said whether it will comply with the deal, but it withdrew its heavy weapons from the demilitarized zone. The group's fighters are still on the front lines and it is unclear whether they will leave the area by Monday.

Analysts say the alliance could splinter if it decides to confront Turkish troops or the thousands of Turkey-backed opposition fighters, with whom it has clashed before.

Ahmad al-Ahmad, who heads the opposition's Syria Press center, said Syrian members of the al-Qaida-linked group are not looking for confrontation with Turkey and its allies.

Al-Ahmad said the group's leader, Abu Mohammed al-Golani, and the Syrian members are close to the Turkish side, while the foreign fighters are opposed to the deal.

Abu Yaqzan al-Masri, an Egyptian religious judge affiliated with the al-Qaida-linked group, warned against the rebels giving up their weapons after the Russia-Turkey deal was reached. He said the group's opponents will attempt to spark infighting to rid the area of jihadis and preserve the deal.

Turkish presidential spokesman Ibrahim Kalin signaled on Sept 20 for the first time that if necessary, Turkey may use military action to remove the Levant Liberation Committee from the Idlib demilitarized zone in coordination with Russia.