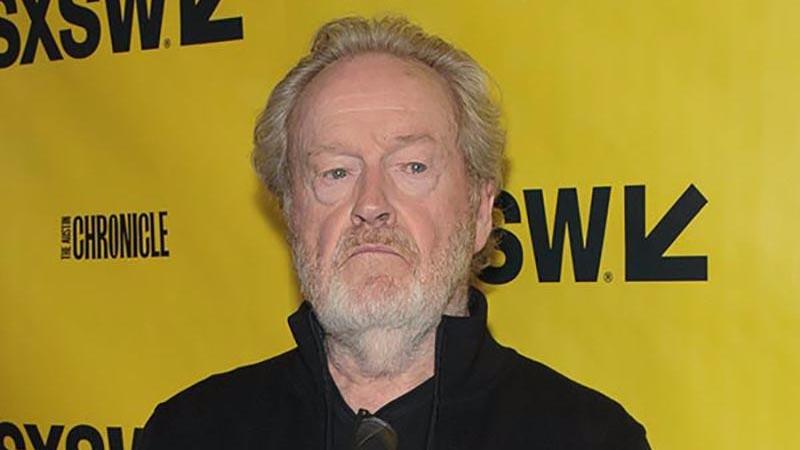 PARIS - Alien creator Ridley Scott says he was convinced that there are aliens out there - and one day they will come for us.

The veteran director says he believed in higher beings as he prepared to release the sixth episode of the sci-fi horror series, Alien: Covenant.

"I believe in superior beings. I think it is certainly likely. An expert I was talking to at NASA said to me, 'Have you ever looked in the sky at night? You mean to tell me we are it?' That's ridiculous.

"The experts have now put a number on it having assessed what is out there. They say that there are between 100 and 200 entities that could be having a similar evolution to us right now."

He jokes that when you see a big thing in the sky, run for it.

"Because they are a lot smarter than we are, and if you are stupid enough to challenge them you will be taken out in three seconds."

Alien: Covenant, the second of the prequel films, is set in 2104 onboard a spaceship carrying 2,000 cryogenically frozen colonists to a distant planet when they chance upon an uncharted paradise. But their voyage soon turns into a gory nightmare that makes the original Alien "chestbuster" scene seem tame in comparison.

The "neomorph" aliens in the new film are based on the goblin shark "which has a jaw which hinges in two ways. It's scary, hideous beyond belief actually", says Scott, the 79-year-old British-born director, who was also the brains behind Blade Runner.

"When I did the first Alien, I had to get a sense of responsibility because the reaction to the kitchen scene with John Hurt was beyond anything I expected - and it was not good," he says.

"But the film was very successful because people are perverse."

He says he could not believe the terror he had created when he went to see people watching the film.

Scott, however, claims that he was not shocked.

"If there is a problem I tend to close down into calm. When you walk in, in the morning, on a film and 600 people turn and all look at you, that is scary," he says.

Alien: Covenant opens across the world from May 10.