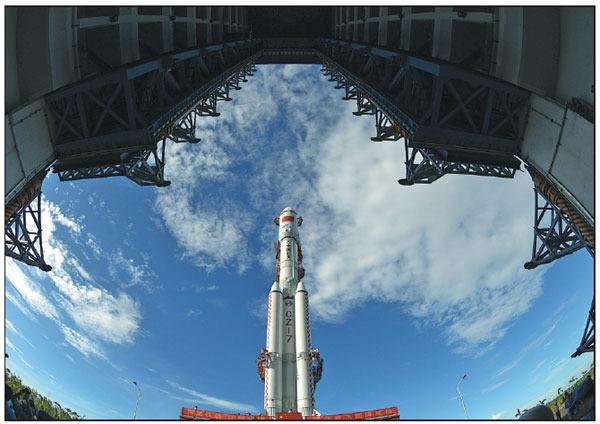 BEIJING — China has developed a number of new-generation carrier rockets to take the country's space industry to the next level.

The Long March 7 is a medium-sized carrier rocket with high reliability and safety. It is designed to launch cargo vehicles during the construction of China's manned space station project and meet the long-term demand for upgrading manned carrier rockets in service.

The rocket is 53.1 meters long with a core-level diameter of 3.35 meters, four 2.25 m-diameter boosters and a takeoff weight of 596 tonnes. It has a lift capability of sending 13.5 tonnes of payload to low-Earth orbit, or 5.5 tonnes of payload to sun-synchronous orbit, according to Wang Xiaojun, who is in charge of the Long March 7 rocket system.

It is also China's first digitally designed carrier rocket, meaning no paper blueprint was used throughout the design and production process. 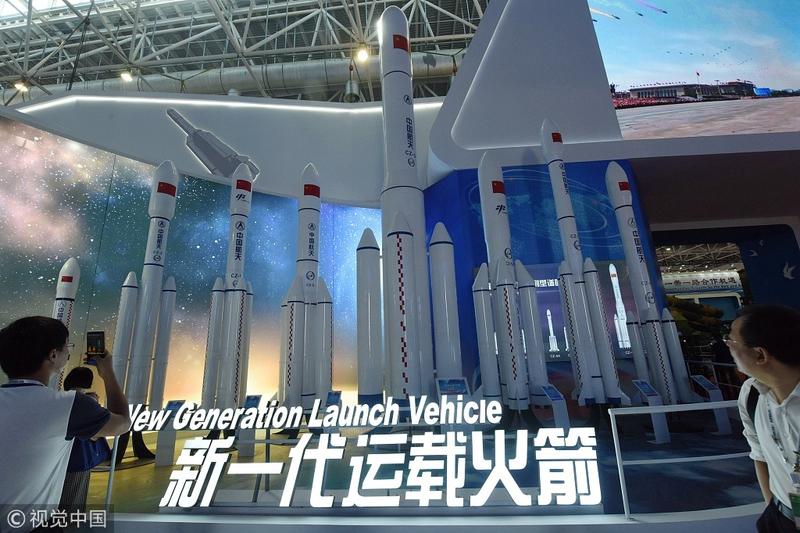 A model of the Long March 9 super-heavy carrier rocket is displayed at the China International Aviation and Aerospace Exhibition in Zhuhai, Guangdong province, Nov 7, 2018. (PHOTO / VCG)

The Long March 9 rocket will be China's largest heavy-lift carrier rocket. It will be capable of lifting 50 to 140 tonnes into low-Earth orbit, which is key to China's lunar exploration, deep space explorations, space infrastructure construction and utilization of space resources.

In addition, the heavy rocket is being designed to facilitate China's lunar missions, including crewed landings. 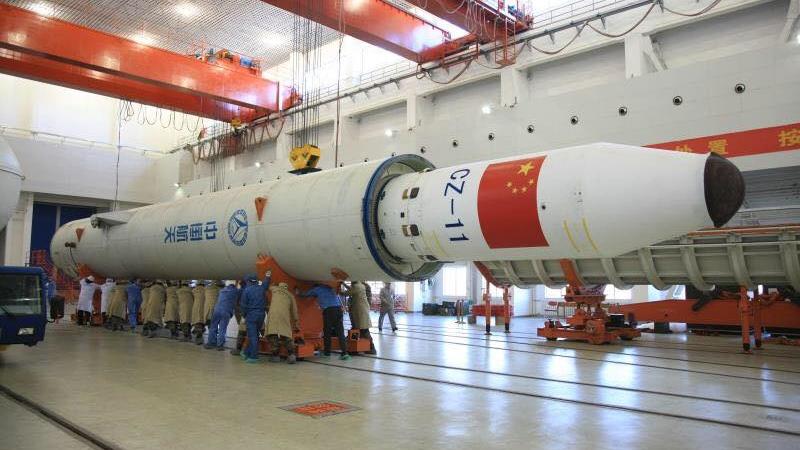 The Long March 11 is a four-stage solid-fueled rocket that is used to launch payloads to low-Earth and sun-synchronous orbits. It is 20.8 meters long, with a maximum diameter of two meters and a takeoff weight of 58 tonnes.

It can be launched within 24 hours.

China is planning its first seaborne-launch of satellites carried by a Long March 11 rocket this year.