UK leader May does not rule out no-deal Brexit 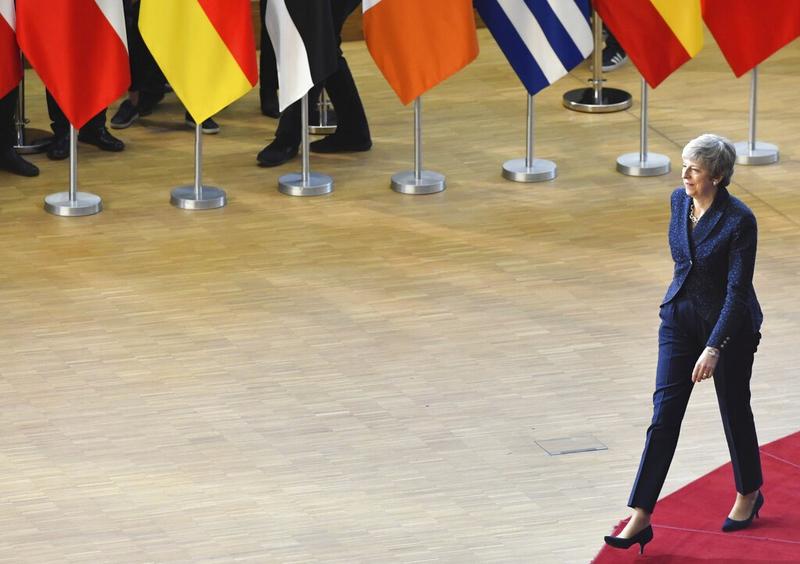 British Prime Minister Theresa May walks away after speaking with the media on arrival for an EU summit in Brussels, March 21, 2019. (GEERT VANDEN WIJNGAERT / AP)

BRUSSELS — British Prime Minister Theresa May has refused to rule out taking the UK out of the European Union without a divorce deal, saying the most important thing is to carry through with Brexit.

"I sincerely hope that will be with a negotiated deal," British Prime Minister Theresa May said.

Arriving Thursday for an EU summit in Brussels, May said "what matters is that we recognize that Brexit is the decision of the British people. We need to deliver on that."

She said "I sincerely hope that will be with a negotiated deal."

Britain is due to leave the EU on March 29 unless the bloc grants an extension requested by the UK government. EU leaders have signaled they are likely to agree if May can get her twice-rejected Brexit divorce deal approved by Parliament.

Businesses and economists said a no-deal Brexit would cause huge disruptions to the economies of both Britain and the EU.

May’s deal has already between twice rejected massively by the UK Parliament, and EU leaders are being asked to take the risk that May can convince the lawmakers next week. 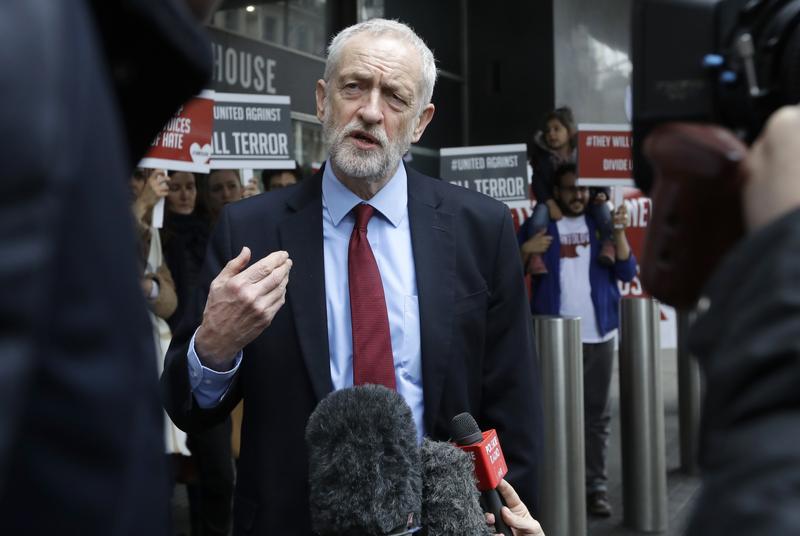 Britain's leader of the opposition Labour Party Jeremy Corbyn speaks to the media alongside demonstrators from multi-faith group 'Turn to Love' holding a vigil at New Zealand House in London, March 15, 2019. (KIRSTY WIGGLESWORTH / AP)Meanwhile, British opposition leader Jeremy Corbyn said he is focused on finding a majority in Parliament to pass a Brexit divorce deal.

Corbyn is in Brussels for meetings with EU officials and chief negotiator Michel Barnier, the same day that May attended a summit for leaders of the 28-nation bloc.