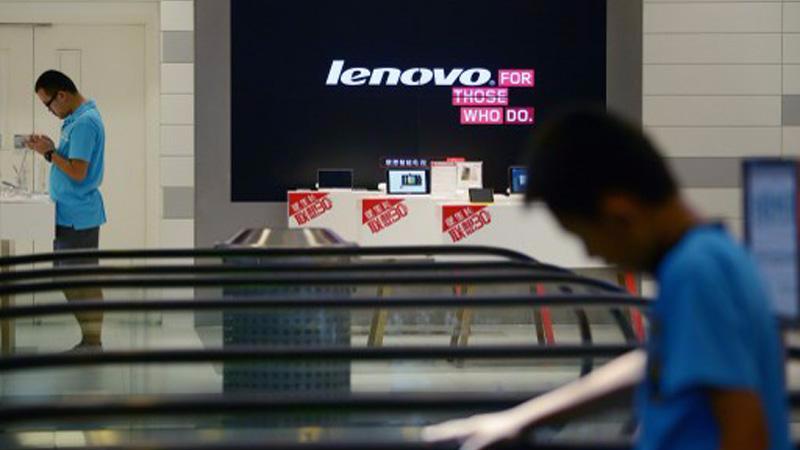 Lenovo Group Ltd’s quarterly profit fell less than expected after the global personal computer market eked out growth for the first time since 2012.

The world’s second-largest PC maker reported a 41 percent slide in net income to US$107 million in the three months ended March. That compares with the US$97.9 million average of analysts’ estimates compiled by Bloomberg. Revenue increased 5 percent to US$9.6 billion, compared with the US$9.65 billion projected.

Lenovo narrowly lost its top position in global PCs to HP Inc. in the quarter but managed to increase market share as industry shipments grew 0.6 percent, the first time they’ve risen since early 2012 according to IDC. Lenovo’s biggest rival posted better-than-expected revenue growth on Wednesday as the market stabilized.

Overall demand however remains depressed and Lenovo needs to tap new sources of growth or turn around an under-performing smartphone division. It’s re-enlisted the executive who steered the acquisition of Motorola to run its Chinese PC arm, shaking up its senior ranks to breathe new life into a stagnating business. Shares of Lenovo rose more than 4 percent in Hong Kong as trading resumed after the midday break.

“Any sign of stabilization of operating performance of mobile business group should build market confidence in Lenovo’s capability to achieve a break-even in the second half of fiscal year 2018,” Mark Po, a China Galaxy International analyst, wrote in a memo ahead of the earnings release.

Lenovo however warned that the supply of PC components will remain tight for the industry as a whole, potentially weighing on margins. In response, it plans to focus on faster-growing markets while continuing to build branding in smartphones, an area in which it continues to lag frontrunners like Samsung Electronics Co. and Huawei Technologies Co. It’s now streamlining its product line and will focus on a narrower selection of devices each year.

The company said it commanded a record 37.1 percent share of its home market, which accounted for just over a quarter of its overall revenue. Yang has emphasized the importance of the Chinese market in recent speeches, promising a clearer strategy for its biggest market. The company is also embracing a multi-year plan to build new businesses in cloud and data-centers while maintaining its edge in PCs.

It announced a leadership shuffle last week, bringing back Liu Jun - who left in 2015 shortly after the company took over Motorola - to oversee a newly created local PC and smart devices division. He replaces Chen Xudong, a former rising star and lieutenant of chief executive officer Yang Yuanqing.

Lenovo also intends to move its smartphone and datacenter businesses out of the red, though it said transforming its server division will take time. The mobile business group, which encompasses both Motorola and Lenovo phones, posted near-20 percent growth in revenue in the quarter, and expanded shipments by 17.4 percent to 11.3 million units outside of China. Datacenter revenue fell 13.7 percent to US$850 million.