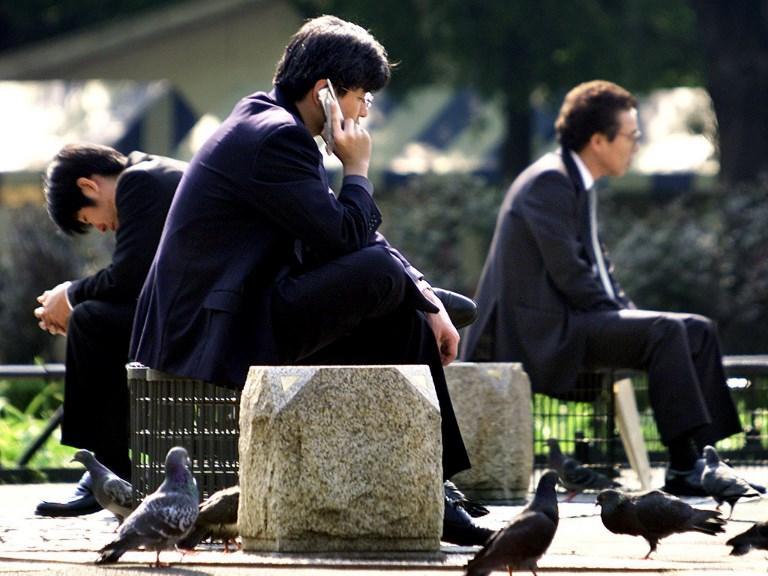 TOKYO - Companies in Japan's service industries are struggling to hire and retain staff as the labour market becomes the tightest in decades, and are increasingly taking unorthodox steps to alleviate the shortage.

That can include looking to housewives and the retired to come into or rejoin the labour force. In some cases it means offering better working conditions for some staff, even if this requires raising prices. In others, companies are reducing the services they offer, perhaps by cutting opening hours, or delaying expansion plans.

Japan's jobless rate stood at a 23-year low of 2.8 percent in August, reflecting a strengthening economy and shrinking working-age population in a rapidly aging society.

And on Monday, the Bank of Japan's "tankan" quarterly survey showed that the ratio of companies complaining of labour shortages, rather than excess staff, was at its highest level since 1992.

The labour squeeze can reduce the speed of economic development, and even curb some economic activity altogether, hurting Japan's chances of a period of sustainable growth.

For example, at Sun Mall in Chiba, east of Tokyo, labour shortages have led some tenants to abandon plans to take up space at the site, and others to shut up shop when key workers could not be replaced, according to Seth Sulkin, president and CEO of the mall's owner Pacifica Capital K.K. He also said a new spa due to open there in a few months has been forced to push back the opening date due to staff shortages.

"The pool of people seeking part-time jobs is shrinking rapidly, particularly outside of central Tokyo," Sulkin said. "We've recommended that the tenants convert some of the positions to full time and raise wages but they tell us they can't do that and still make money," he said.

"In Tokyo it's easier to hire people but it's not as easy as it used to be," he said. By contrast, "in our Chiba mall I think the location is the big issue, there's just not enough people."

FROM HOUSEWIVES TO RETIREES

With the economy at near full-employment, companies are being forced to try to find new sources of labour.

More than half of housewives with children would like to work but are not able to find a suitable job, a survey of more than 4,000 married mothers by the Jobs Research Centre found. They were particularly concerned about long working days that don't fit with their responsibilities at home.

Signs of companies moving to improve working conditions to retain and attract staff include Doutor Nichires Holdings Co Ltd , which has introduced severance pay for some temporary employees at its Doutor Coffee chain. That is an unusual move in a country where there is a large gap in pay and working conditions between temporary and permanent employees.

Some restaurant operators, including Royal Holdings Co Ltd and McDonald's Japan, have begun moving away from 24-hour operations, but that is far from the preferred option for companies in an industry that prides itself on offering convenience and service at all hours of the day.

More than 80% of companies surveyed in a Reuters poll in June reported that they expected labour shortages would force them to restrict the number of services they can offer over the next several years.

Some efforts to expand the labour force are finding corporate thinking has only changed so much.

This March, human resources firm Fullcast Holdings Co Ltd set up a recruitment agency aimed at Japan's over 60s and, while almost 2,000 retirees have registered, many companies are not able to accommodate them, says Fullcast Senior Works President Yasuhiro Sumi.

"If there were jobs that met their needs in terms of things like distance from home, job type and working hours there are lots of employable people," he said.

Many companies remain hesitant to spend their record cash piles on raising wages, in part because they are unable to pass on costs to their customers who are accustomed to nearly two decades of mostly falling prices.

"It seems that deepening labour shortages are not resulting in higher prices that reflect rises in wage and labour costs," says Hideo Kumano, chief economist at Dai-ichi Life Research Institute.

Still, there are some signs of price rises, with even companies famous for their low prices not immune.

One of those firms, yakitori chicken restaurant chain Torikizoku Co Ltd this month raised its prices 6.4 percent, the first time in 28 years.

Yamato become a poster child for Japan's labour crunch after it booked billions of yen in charges to provide backpay to delivery drivers who had been overworked and underpaid.

The company has promised to hire 10,000 new delivery staff by the end of financial 2019 to ease the strain on the 55,000 full-time drivers, who will have their overtime reduced.

The new staff will be mainly hired from among those who already work for the company as outside contractors, the company says.

On Sunday, billionaire founder of fashion retailer Start Today Co Ltd Yusaku Maezawa tweeted that shoppers on his Zozotown fashion site will be able to choose how much to pay for delivery.

"If this led to a sharing of feelings between the carrier and the recipient I think it would be lovely," Maezawa tweeted.