NASCAR stars push for 'new' to improve state of racing 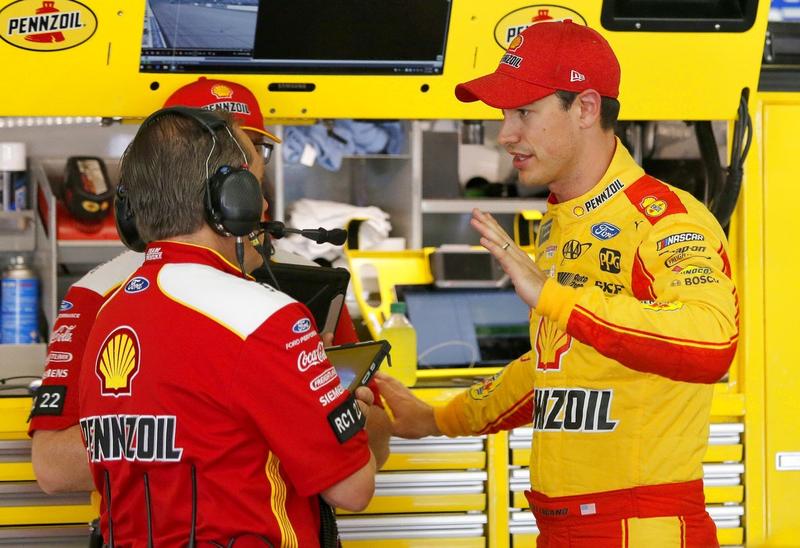 LOUDON, N.H. — NASCAR has been reluctant to make more than modest tweaks to its schedule. That hasn't stopped its drivers this summer from wondering about possibilities in hopes of luring more fans:

— a Cup race on Eldora dirt.

— no more multiple races at the same track.

— try Iowa; go back to Rockingham.

The idea of blowing up a schedule that has largely remained unchanged for most of the last decade is hardly a novel idea, and drivers have long lobbied NASCAR to try something new and mix things up over the staid summer months.

Denny Hamlin, a 31-time Cup winner, mulled over a few potential schedule shake-ups until he splashed cold water on the campaigning.

"None of this is ever going to happen," Hamlin said. "Not until these tracks and NASCAR get together and are willing to make changes."

That seems unlikely in the immediate future for a variety of reasons — from sanctioning agreements with tracks that run through 2020 to safety upgrades and even the threat of litigation should a track lose a race.

The idea of blowing up a schedule that has largely remained unchanged for most of the last decade is hardly a novel idea, and drivers have long lobbied NASCAR to try something new and mix things up over the staid summer months

The sport has resisted even such fan-friendly schedule changes, like running weeknight races or rotating the site of All-Star weekend.

"It's going to have to take someone way high up saying, 'We're making changes and this is what we're going to do,' for it to happen," Hamlin said. "But it definitely won't happen in the next few years until that contract's over with."

One of the few fun additions over the last decade came when NASCAR added a Truck Series race on the half-mile Eldora Speedway dirt track in Ohio. The series made its annual stop on the dirt this week for the only time this season. Retired NASCAR champion Tony Stewart owns the track and used his forum to push for the sport to at least bring the second-tier Xfinity Series to the dirt.

Like most issues facing NASCAR, few agree on any topic. Kyle Larson, a noted sprint car racer, said NASCAR should stay above the muck.

"I wouldn't like to see Cup on dirt," he said. "Cup belongs on pavement and real road course tracks. If we went to Eldora, yeah, I mean I would be excited because I would be really fast and I feel like I would definitely have the best shot to win. But at the same time, I think we are fine not going there."

The race winner at Eldora is awarded a Golden Shovel, which seems fitting because these days everyone is piling on NASCAR.

How low can they go? The ratings reports could win a limbo contest with the regular bottoming out of all-time lows or decade-worsts for most races. Kentucky had 2.3 million viewers Saturday on NBC Sports Network and Sportsmediawatch.com reported it was the 15th of 17 Cup races this season that had its ratings decline double-digits to multiyear lows.

It's no longer jarring to see empty swaths of grandstands at the track and longtime corporate giants such as Lowe's and 5-hour Energy that have helped fund championship drivers are set to sever its ties with NASCAR at the end of the season.

Kentucky was once NASCAR's shiny new toy when the Cup series moved there in 2011. The first race was a sellout, though it was marred by traffic jams that turned thousands away from the track. Last week, plenty of good seats were still available for a ho-hum race. The luster had worn off just as it has at Indianapolis Motor Speedway — which had its date moved this season from July to early September and the final "regular season" race.

The competition has been reduced to three dominant drivers: Martin Truex Jr., Kevin Harvick and Kyle Busch have combined to win 14 of 19 races. Clint Bowyer is the only other driver to win a non-restrictor plate race this season.

No surprise, Truex, Harvick and Busch went 1-2-3 on the leaderboard in the final Cup practice Saturday at New Hampshire Motor Speedway.

The real fun in NASCAR comes in 280-character bursts on social media instead of 200 mph speeds on an oval.

Dale Earnhardt Jr., the 15-time most popular driver-turned NBC analyst, posed this question to consider, and it had nothing to do with who can beat the Big Three at New Hampshire:

"Can a driver wear his own throwback gear? I always get weird wearing stuff with my own image or name on it. But it gets murky when it's a 20 year old throwback. Opinions please?" he tweeted.

More than 1,500 replies later — including a few from active NASCAR drivers — Earnhardt still wasn't sure if he should throw on his own throwback.

With little buzz at the track, the tremor on a mobile device of a tweet notification from a driver might be the best part of a race weekend for fans.

Tracks are trying anything to replicate that instant gratification. New Hampshire — which lost its fall race to Las Vegas — launched a "College Corner" this weekend "where the racing is loud and the party is lit!"

Cool. But don't expect those 20-somethings to easily vote in any Twitter fashion polls — the track doesn't have WiFi.

It's up to NASCAR to repair its lost connection with a fading fan base.