China calls for further dialogue between DPRK, US 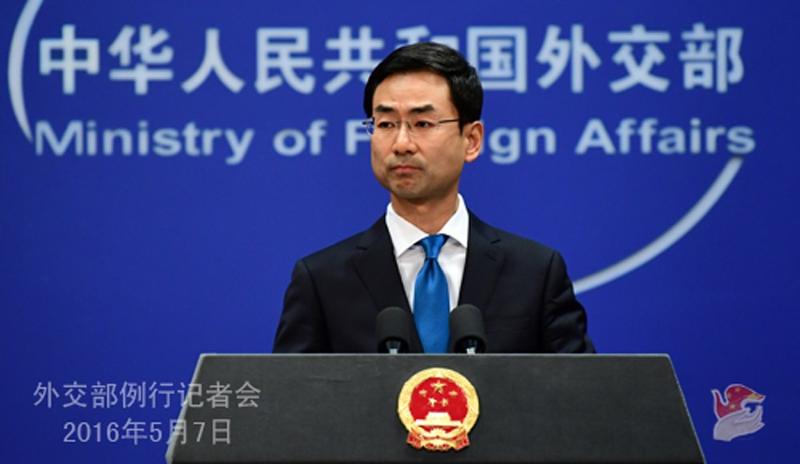 In this May 7, 2018 photo, Geng Shuang, spokesman for the Chinese foreign ministry, answers to a question during a press briefing in Beijing, China. Geng said Beijing hopes Pyongyang and Washington won't lose any time to hold dialogue to push the denuclearization of the Korean Peninsula (PHOTO / FMPRC.GOV.CN)

BEIJING – China hopes the Democratic People's Republic of Korea (DPRK) and the United States won’t lose any time to have further contact and dialogue to push the denuclearization of the Korean Peninsula, a Foreign Ministry spokesperson said Thursday.

Under a joint declaration signed at the third summit meeting between DPRK leader Kim Jong-un and President of the Republic of Korea (ROK) Moon Jae-in, the DPRK said it is willing to continue with additional steps toward denuclearization, such as the permanent demolition of its main nuclear facility, if the United States takes corresponding actions in line with the spirit of the DPRK-US agreement reached at a summit in Singapore in June.

The DPRK's stance is worth approving, Geng Shuang, spokesperson for China’s foreign ministry, said at a press briefing.

"We hope the DPRK and the United States meet each other halfway," he said.

China firmly supports the Pyongyang summit between the leaders of the DPRK and the ROK, said Geng.

US Secretary of State Mike Pompeo said on Wednesday in a statement that the United States is prepared to engage immediately in negotiations to transform US-DPRK relations.

Noting the positive comments made by the US, Geng said China hopes the DPRK and the US will lose no time to have further contact and dialogue, take each other's reasonable concerns into consideration, build up mutual trust, implement the consensus reached by leaders of the two countries and work for the denuclearization of the Korean Peninsula and a political settlement of the issue.