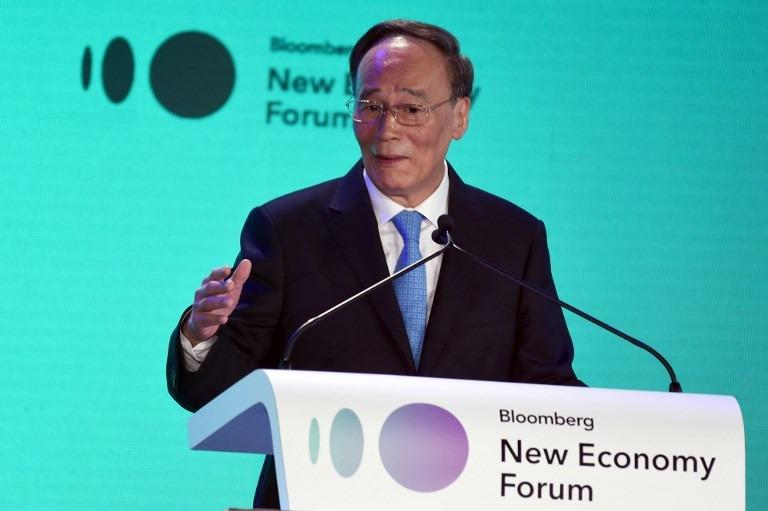 He made the remarks during his visit to Singapore from Monday to Wednesday.

China's reform and opening-up over the past 40 years demonstrated that trade and interactions with other countries have improved the lives of the Chinese people, which also offered opportunities for the global economy

When meeting with Singaporean President Halimah Yacob, Wang said the relations between China and Singapore have developed further in recent years, which in turn have benefited both countries.

"China is willing to deepen cooperation with Singapore in various fields including the construction of the Belt and Road Initiative," he said.

The top priority of the Communist Party of China and the Chinese government is to achieve economic development and make the Chinese people benefit from it, according to Wang.

The vice president said China's reform and opening-up over the past 40 years demonstrated that trade and interactions with other countries have improved the lives of the Chinese people, which also offered opportunities for the global economy.

China will open its doors "wider and wider" to foreign investors, he said.

The Association of Southeast Asian Nations (ASEAN) is aimed at promoting ties with China, ASEAN's largest trading partner, she said.

Singapore will continue to support the multilateral trading regime, which is an effective mechanism to solve trade disputes, she added.

While meeting with Singpaorean Prime Minister Lee Hsien Loong, Wang said the China-Singapore relations have long maintained vibrant and Singapore has been deeply involved in China's reform and opening-up.

The all-round cooperative partnership progressing with the times, established when Chinese President Xi Jinping paid a state visit to Singapore in 2015, pointed out the direction for the bilateral ties, Wang said.

The flagship cooperative projects between the two countries have been carried forward steadily with exemplary effect, the Chinese vice president said, saying that China will firmly promote high-level opening-up.

China is willing to deepen mutual understanding, enhance mutual trust and realize win-win cooperation with other countries to build a community with shared future for mankind, Wang said.

Lee said the two countries have long maintained friendly relations and have advanced and expanded cooperation in recent years.