Whether bronzing at the beach or sipping poolside cocktails, look to the iconic beach belles and beaus of the 1950s and ’60s for timeless examples of elegant shoreside attire

It’s fairly indisputable – French screen siren Brigitte Bardot is the pinnacle of boho beach chic. She paired her signature wide-brimmed floppy hat with striking bikinis, blonde beach locks and kohl eyeliner for an effortlessly cool look. Her beach style was epitomised in the 1962 film A Very Private Affair; the St Tropez style launched the two-piece as an iconic swimwear garment that endures to this day. In the same year, Sue Lyon controversially wore a patterned bikini and a wide-brimmed hat in Stanley Kubrick’s Lolita, creating an innocent and playful beachwear look. 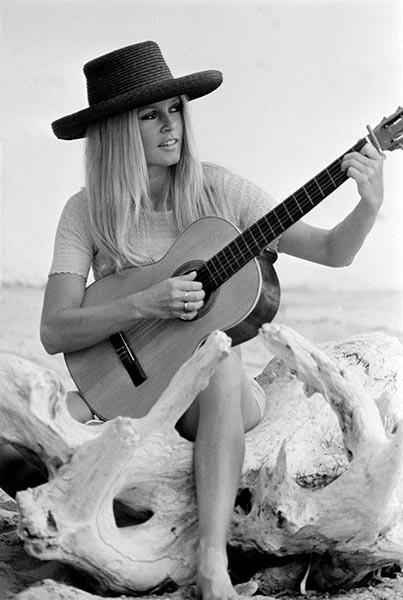 For a more pristine look, style icon Grace Kelly was always a portrait of elegance. She wore white bikinis, and even a leopard-print bathing suit. The one-piece was a favourite of 1950s stylistas from Sophia Loren to Elizabeth Taylor; the latter paired hers with striking red lipstick. Marilyn Monroe famously posed in a flattering white swimsuit, as a sweetheart neckline one-piece in various hues became her favourite splash. Movie star and synchronised swimming icon Esther Williams glided across the screen in desirable swimsuits during her 1950s blockbusters, even launching a swimwear brand that offers women the chance to emulate her beach attire and continues to this day.

Sandra Dee’s role in 1959 comedy Gidget saw her in cute red swimsuits and orange two-pieces, paired with her sporty blonde ponytail. In 1967 romance Two for the Road, Audrey Hepburn wears cotton shirting over her swimsuits, as well as red-and-white tops layered over red swimwear. In 1958 drama Bonjour Tristesse, Jean Seberg dons an oversized denim shirt over her swimwear, showing an effortless stylish choice for those not keen on a kaftan.

The aptly named 1969 film La Piscine (The Swimming Pool) sees French actress and trendsetter Jane Birkin donning a white bikini alongside the smouldering menswear style icon Alain Delon. The 1960s sex symbol was famed for his sharp tailoring, while on the beach he looked to well-fitted shorts in white, which showed off his fashionable tan.

The 1959 drama From Here to Eternity sees Montgomery Clift wear classic hibiscus-print shorts paired with Cuban-collar shirts in the Hawaii-set film. Set in the late 1950s, the 1999 film The Talented Mr Ripley soaks up the sublime surroundings of Italy; Jude Law’s wardrobe is full of refined menswear options as he strolls from the beach to town. The film’s Riviera-style resort wear ranges from patterned shorts matched with open-neck white shirts to white linen trousers rolled up at the ankles with cream-coloured short-sleeved shirts.

More than 50 years on, these icons of cinema remain the epitome of beach style. 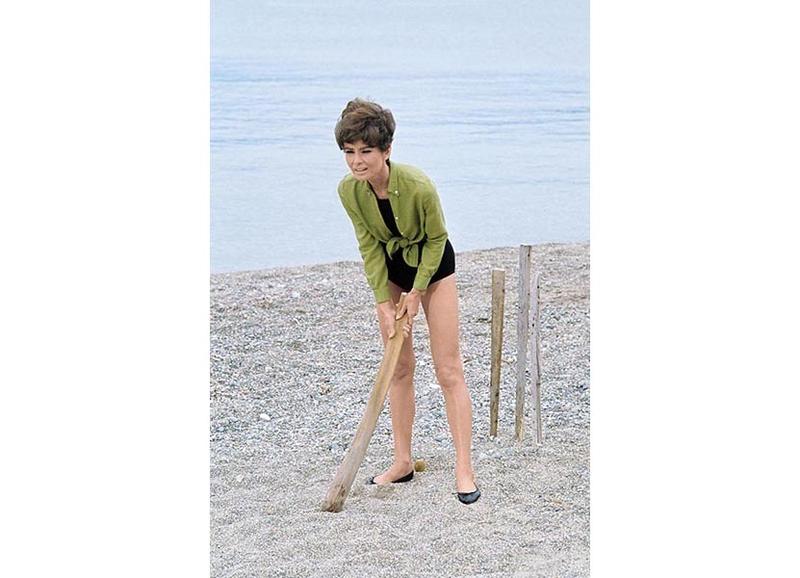 Audrey Hepburn on the set of Two for the Road, 1967