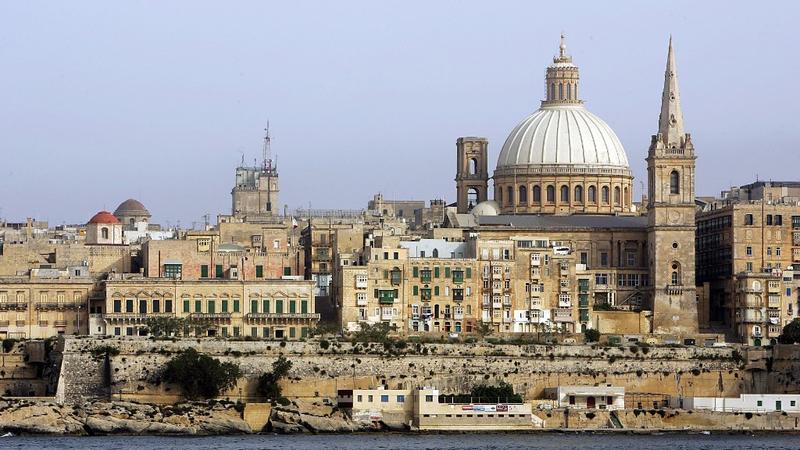 Island experiences, cultural curiosities and historical legacies are allures that the "heart of the Mediterranean" hopes will draw more Chinese visitors.

Malta's capital, Valletta, hosts baroque architecture and relics related to the Knights of St. John. The city won the title of European Capital of Culture in 2018.

The Malta Tourism Authority recently had its first official meeting with Chinese tour operators in Beijing as a prelude to their ambitious marketing plans in China.

The authority signed memorandums of understanding with four Chinese tour operators, including Beijing-based Utour Group and Shanghai-based Jinjiang Travel, at the event.

Yet Malta is relatively unfamiliar to Chinese among European destinations. This has prompted relevant players to develop three tourism packages to cater to Chinese preferences.

A three-day trip to such destinations as the Ggantija Temples - two prehistoric temples on Gozo Island - enables Chinese to explore iconic sites and experience ancient culture.

A six-day tour features such activities as diving off Comino Island and Mediterranean cooking classes.

Couples can hold wedding ceremonies in palaces and shoot wedding photos in picturesque places that also serve as shooting locations for films.

"Due to its unique location and history, Malta has a blend of cultures, such as French, Italian and African, which is still present today in our architecture, language, lifestyle and identity," says MTA deputy CEO Carlo Micallef.

"Tourism allows the people of Malta and China to understand each other and enjoy each other's cultures. Unlike some European countries, Malta's hotels and attractions are open to tourists year-round."

The number of Chinese visitors to Malta has doubled within the past four years and the figure of 2018 reached about 11,000.

"For the last five years, Malta has been striving to expand its inbound tourist markets to regions like Australia, North America and Asia," Micallef says.

The challenge is promoting the country and its offerings in China, he adds.

The MTA aims to enhance cooperation with Chinese tour operators though such methods as trainings, seminars and joint promotions. It also hopes to expand its marketing on Chinese social media.

Malta has been investing in Chinese-speaking tour guides and hotel staff, and plans to expand that to stores.

"As the number of Chinese tourists increases, this will be a necessary investment," Micallef says.