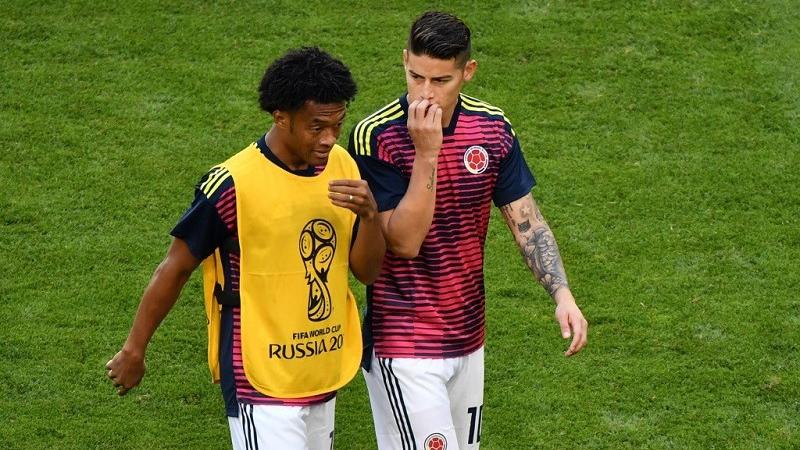 Colombia's forward Juan Cuadrado (left) and Colombia's midfielder James Rodriguez (right) speak together during the warm up session prior to the Russia 2018 World Cup Group H football match between Senegal and Colombia at the Samara Arena in Samara on June 28, 2018. (FABRICE COFFRINI / AFP)

For James, (Italy) would be great. Every team would be very happy to have a player like him

Rodriguez's immediate future is unclear after he completed a two-year loan spell with Bayern Munich in May. His contract with Real Madrid, whom he joined from Monaco in 2014, expires in June 2021 but it is believed that both he and the club are seeking a permanent transfer this summer.

"For James, (Italy) would be great. Every team would be very happy to have a player like him," Cuadrado said during an event with sponsors.

"We all know the great player that he is. It would be a very good move for him because it would allow him to grow tactically."

Cuadrado, who has a year left on his Juventus deal, said he hopes to stay with the Italian Serie A champions.

"I feel happy, calm. My family is happy and our thoughts are to stay in Turin," the 31-year-old said. "It's a great city that has made us feel welcome." 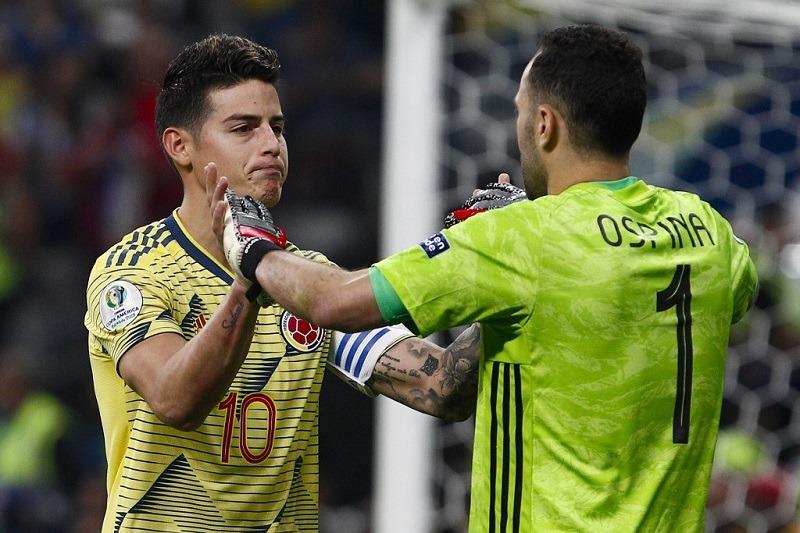 Colombia's James Rodriguez (left) greets his teammate goalkeeper David Ospina after scoring his penalty during the penalty shoot-out against Chile after tying 0-0 during their Copa America football tournament quarter-final match at the Corinthians Arena in Sao Paulo, Brazil, on June 28, 2019. (MIGUEL SCHINCARIOL / AFP)