Innovators shine light on the path 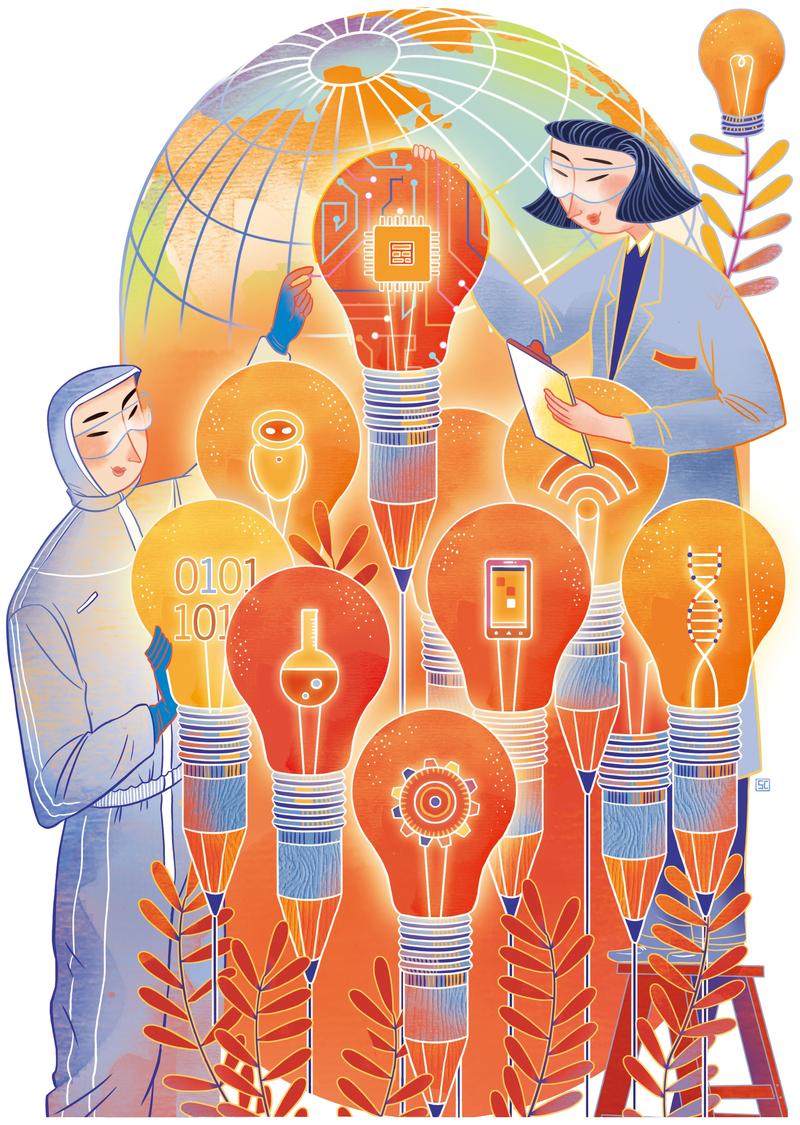 We might think we have all heard enough about innovation, but it is an essential subject that all of us need to understand better. And it is a relevant subject to raise in the context of China’s 40th anniversary of reform and opening-up which has led to significant achievements — mainly, the privatization of much of the commercial sector and the welcoming of new companies with new ways of producing and new products to produce. As reforms have continued, China’s economic development has accelerated.

An innovation is not a discovery or invention. The term refers to a new product or method that is adopted for use in production by the developer or marketed to others who adopt it for use in their production or consumption.

And innovation requires “innovators”, both ordinary people employed in commercial enterprises who, in the course of their work, hit upon a better way to produce something or to make a better product, as well as extraordinary people who conceive and evaluate a new enterprise for producing something new and very different.

The shift in focus in recent years from “made in China” to “created in China” is essential. And, unquestionably, outstanding innovations by such pioneers as Jack Ma have shone a bright light on the path for China to take. Alibaba, Baidu and Tencent are stellar examples of China’s tech innovation. Such technological progress is required for raising productivity and thus raising wages as well. No one can foresee the magnitude of their contribution to the world’s economy, but I feel sure they will make a significant contribution to the global economy.

To continue this progress and transformation, China will require leaders in government that continue to recognize the importance of both indigenous innovation and entrepreneurship, and in turn this will require a people with imagination and creativity.

In his speech at the Boao Forum last year, President Xi Jinping talked of China entering a new era of openness. Under his leadership, initiatives aimed at boosting entrepreneurship and innovation in the business sector have been taken. Premier Li Keqiang has spearheaded a movement to encourage the massive formation of new companies and Vice-Premier Liu He has got behind a policy to refrain from rescuing moribund enterprises, of which there are more than a few in the State sector.

The process for forming a new company has been shortened, leading to an increase in the number of enterprises. The Belt and Road Initiative has also opened China to Eurasia — and even more so opened Eurasia to China. I would also note the huge increase in the participation of foreign experts in the Chinese economy.

All of this is fine, but there are still several more reforms China should make to continue economic development. For example, the development of a financial sector oriented toward business investment by private enterprises will be necessary.

There are other areas in which China, as well as parts of the West, can continue to make reforms, such as coming up with ways to boost inclusion. Women, for example, are underutilized. They have an intuition that men do not have and they have a different perspective on the nation and the world. Women can add their intelligence and pragmatism to the pool of innovators. Adding them to the economy adds new ideas and new productivity gains.

In addition to further reforms, thoughtful people have questions and worries about cooperation within the global economy. While the admission of China to the World Trade Organization was an important development, there has been much talk about tariffs.

The recent trade dispute is about the high tariffs and other hurdles that US companies feel they are faced with as they contemplate attempting to enter Chinese markets. China can reply that the European Union also has some pretty high tariffs, but it may be that the nontariff obstacles are not as daunting in Europe as they are in China. Furthermore, US President Donald Trump is wrong to believe that China’s trade surplus hurts the United States, and that the US and China ought to have balance in their trade accounts.

If the US-China trade conflicts continue, I do not see a large impact on aggregate production, or GDP, in the United States, the eurozone and China. The Chinese economy is not nearly as open as we are accustomed to supposing it is. And US exports and to some extent EU exports are mostly foodstuffs, wine and the rest; and these goods will go on being produced even if the suppliers are hit by higher tariffs. But prices will be depressed, of course.

Yet another concern is that the innovation achieved in the economy may very well steer the economy in the direction that is not what is wanted by society. President Xi has spoken of “quality growth”. Others speak of addressing inequality. Still others talk about the quality of life. I have argued in China for more attention to the experience of work.

People in their working lives badly want to have the experience of succeeding at something. People take satisfaction in having a sense of “acting on the world” and, with luck, “making a mark”.

My position is that, for a good life, people need a degree of agency in their work. They want to be able to take the initiative and do work that is engaging. They value attainment through their own efforts.

What sort of economy — more precisely, what kind of society — offers this? History suggests that it would be one of entrepreneurial people, alert to unnoticed opportunities and exercising their initiative to try new things; but also innovative people, imagining new things and developing new concepts into commercial products and methods, and marketing them to potential users.

This is the China that I hope will emerge. It would also help the rest of the world. The fact is that there is much less innovation coming out of the US than there once was — and hardly any coming out of Europe. So China could become a major source of innovation for the global economy. This is an invaluable opportunity for China to be an innovation leader.

The author is the 2006 Nobel Laureate in Economics, author of Mass Flourishing, and recipient of the 2014 China Friendship Award. The author contributed this article to China Watch, a think tank powered by China Daily. The views do not necessarily reflect those of China Daily.