Rouhani says Iran to remain in JCPOA with conditions 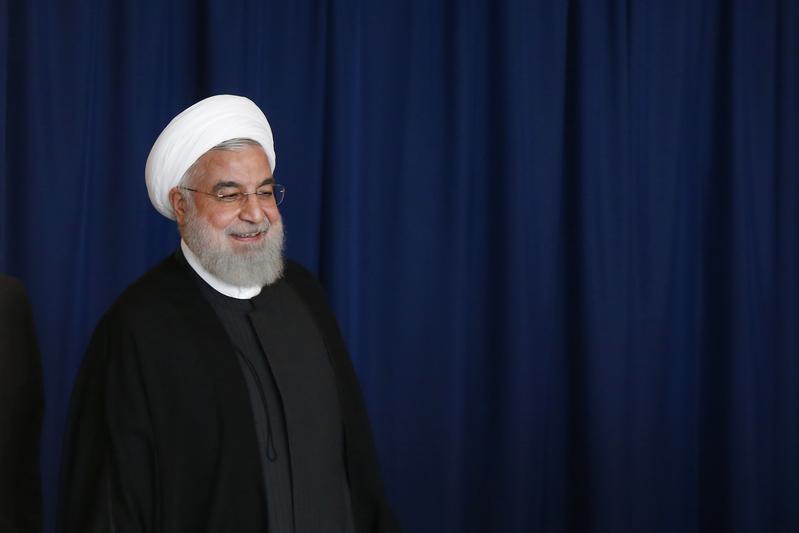 NEW YORK — Iranian President Hassan Rouhani on Wednesday said that as long as the Iran nuke deal meets with Iran's interests, his country will remain in the deal.

Speaking at a press conference in New York, Rouhani said that "as long as the deal serves our interests we will remain in the pact."

"Remaining members of the deal have taken very good steps forward but Iran has higher expectations," he said. "We do hope with all the law-abiding and multilateral-oriented countries that we can ultimately put this behind us in an easier fashion than it was earlier anticipated."

"Should the situation change, we have other paths and other solutions that we can embark upon," he said.

Earlier on Wednesday, leaders of France and Britain, while speaking at the UN Security Council (UNSC) meeting on non-proliferation, vowed to defend the Iran nuke deal.

ALSO READ: China to back all efforts to safeguard Iran deal

Earlier on Monday, European Union (EU)'s foreign and security policy chief Federica Mogherini said that the EU will set up a legal entity to facilitate legitimate financial transactions with Iran in light of the US withdrawal from the international agreement on Tehran's nuclear program and the re-imposition of sanctions.

All these showed that Washington, by exiting the deal and sanctioning Iran, has put itself in isolation, Rouhani said.

"The United States of America one day, sooner or later, will come back. This cannot be continued," Rouhani said. "We are not isolated; America is isolated."

United Sates President Donald Trump, speaking in the same Security Council meeting earlier on Wednesday, said that the United States will impose "tougher than ever" sanctions on Iran after the punitive actions against the country slated in November this year.

Rouhani said that the expected US sanctions in November on Iran were illegal and "nothing new."

Iranian Foreign Minister Mohammad Javad Zarif tweeted later that "once again, the US abused the UNSC only to find itself further isolated in its violation of #JCPOA and SC resolution 2231. When will it learn its lesson?"

Rouhani, however, added at the press conference that Tehran had no intension to go to war with US forces in the Middle East.

The Iran nuclear deal was reached in Vienna in 2015 between Iran and the P5+1 (the five permanent members of the United Nations Security Council - China, France, Russia, Britain, the United States - plus Germany).

In May, Trump announced Washington's withdrawal from the landmark Iranian nuclear deal. Since then, the Trump administration has slapped a number of sanctions on Iran while vowing to apply more in November.