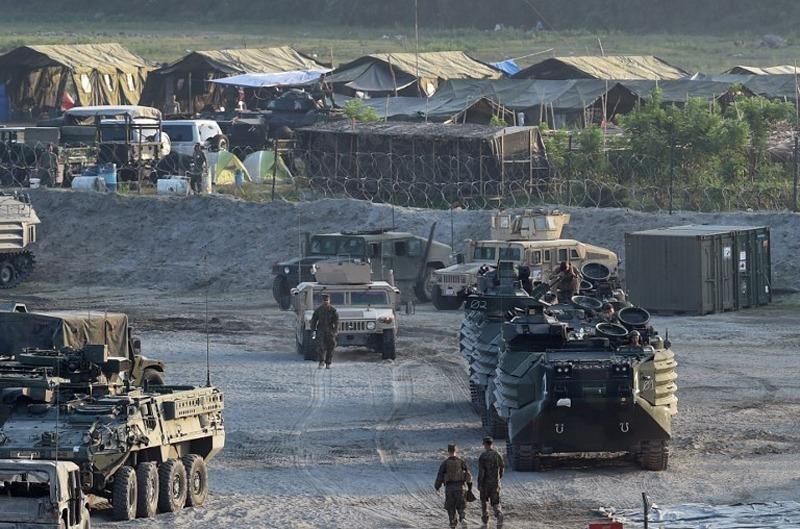 US marines walk next to their transport and amphibious vehicles at a temporary camp for the Balikatan joint US-Philippine military exercise at Crow Valley, in Capas town, north of Manila on April 14, 2016. (TED ALJIBE / AFP)

MANILA — The Philippines and the United States will begin on Monday their biggest annual joint military exercise known as Balikatan, or Shoulder-to-Shoulder.

4,000 Philippine troops and 3,500 US troops join in this year's Balikatan drills

Exercise spokesman for the Philippines Lt Cmdr Liez Vidallon has said there are around 7,500 participating troops, consisting of some 4,000 Philippine troops and 3,500 US troops, in this year's Balikatan drills.

The number of Philippine troops is 1,000 lower compared to last year's edition. On the other hand, the number of participating US, forces is 500 more than the previous Balikatan.

Like in the past Balikatan exercise, Vidallon said the aim of this year's activities is to strengthen interoperability between the two allied forces.

"This is to test our existing (capabilities) and learn from that," she said, referring to the series of activities that will be conducted for two weeks in several locations in the Philippine main Luzon Island.