CNPC invests US$95 million to construct choreography academy in Kazakhstan 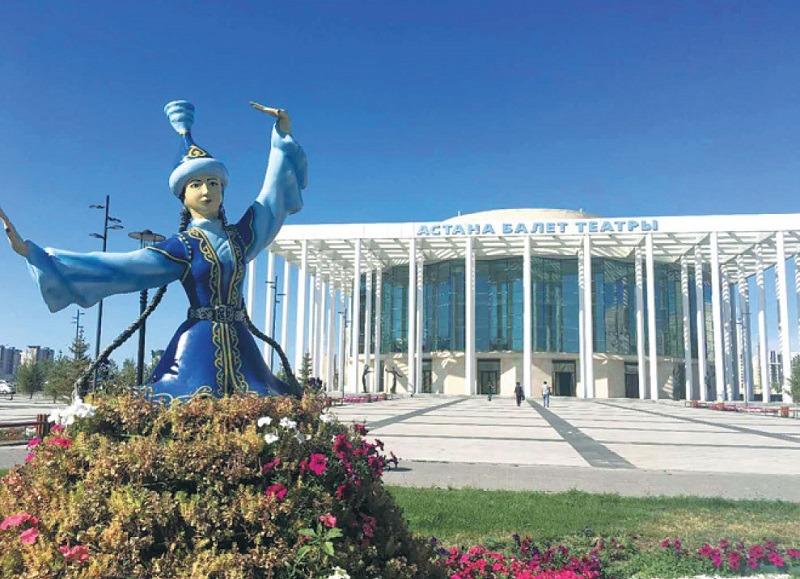 China National Petroleum Corp contributed US$95 million to the construction of Kazakh Academy of Choreography in Astana. (PROVIDED TO CHINA DAILY)

Before China National Petroleum Corp (CNPC) came to Kazakhstan, there was no academy of choreography in Astana, capital of the Central Asian country.

Construction of the academy, which includes a school building, an office building and a residential building, and the performance venue of Astana Ballet Theater, required a total investment of US$153 million. CNPC invested US$95 million and the rest of the funding was provided by Samruk-Kazyna, a sovereign wealth fund and joint stock company in Kazakhstan.

CNPC will continue to take a keen interest in the development of the academy, said Li Yonghong, assistant general manager of CNPC Central Asia

Having held its opening ceremony on Aug 31, 2016, the Kazakh National Academy of Choreography is now preparing to welcome new students for its third academic year. This year the academy has enrolled 506 students aged 6 to 18, and 265 of them live on campus.

"Coming from all over the country, the students went through a rigorous screening process based on their physical features, the results of a medical examination, and whether they have a talent for performing," said Jamila Dosmagambetova, deputy director for academic and educational work at the academy.

Once they are enrolled in the academy, everything is paid for by the government of Kazakhstan.

Starting from the fourth year of enrollment at the academy, they will receive professional training in classical ballet dancing and later they will be able to apply for college education and a master's program at the academy.

This year, the students went to Azerbaijan for their first overseas performance.

After graduation, some of the students will work in the Astana Ballet Theater, teach at the academy, pursue master's degrees or sign contracts with dance studios, according to Aitzhan Kulumzhanova, head of the academy's international relations department.

CNPC will continue to take a keen interest in the development of the academy, said Li Yonghong, assistant general manager of CNPC Central Asia.

The Kazakh National Academy of Choreography has a great significance for China and Kazakhstan in promoting social and cultural exchanges between the two countries, he said.

Last year, construction of a new arts center in Aktobe, which was funded by CNPCA-ktobeMunaiGas JSC, was completed. With a 1,200-seat concert hall, the center will host events and concerts.

In addition to supporting cultural exchanges, CNPC has also donated money to poverty-stricken families, orphans, children with disabilities and retired soldiers in Kazakhstan.

As of the end of 2017, the Chinese oil giant's projects in Kazakhstan have invested a total of US$36.2 billion, and their total public welfare investment had reached US$363 million.

Part of the US$95 million provided by CNPC to the choreography academy project was spent on construction of the main stage of the Astana Ballet Theater, which has a 783-seat auditorium. The theater uses the latest technologies for scene transformation.

Its lighting system includes traditional theatrical devices as well as the latest innovative developments in this field, according to its website.