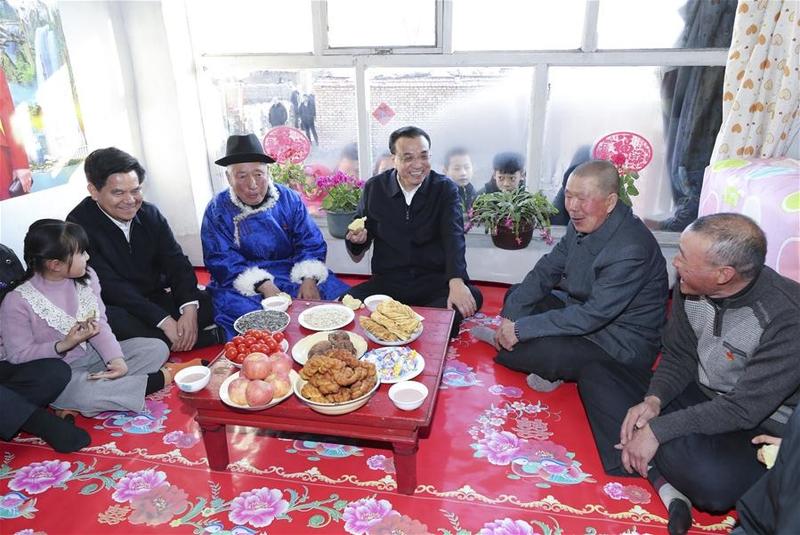 During his inspection tour of north China's Inner Mongolia Autonomous Region from Friday to Saturday, Li, also a member of the Standing Committee of the Political Bureau of the Communist Party of China (CPC) Central Committee, visited poverty-stricken rural households in the city of Ulanqab.

While visiting a farmers' market, Li learned about the price and sales of beef and mutton.

More efforts should be made to increase residents' income to make them more willing to spend money, he said.

At a train station, Li boarded a slow train and chatted with migrant workers about whether they had received their wages on time. 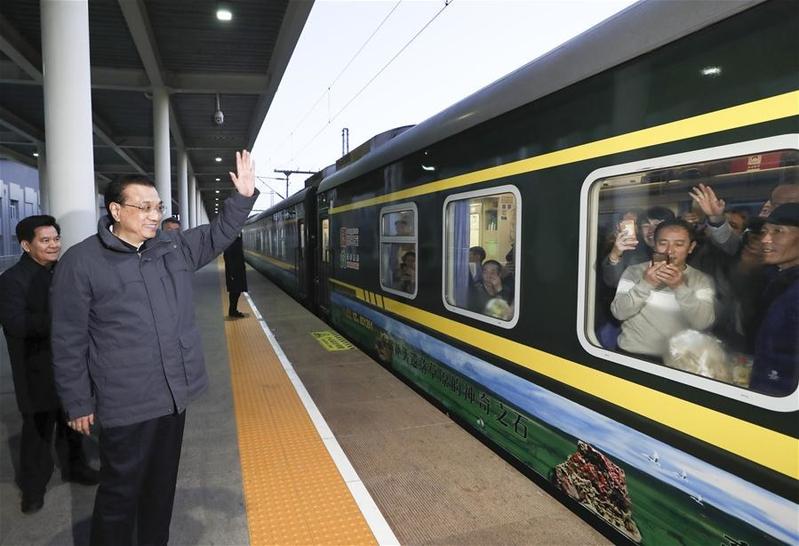 He called for coordinated development of high-speed trains and inexpensive but slower trains to serve passengers with different demands.

At a shanty town area, Li underscored the importance of speeding up renovations in order to make local residents live in warm and comfortable houses.