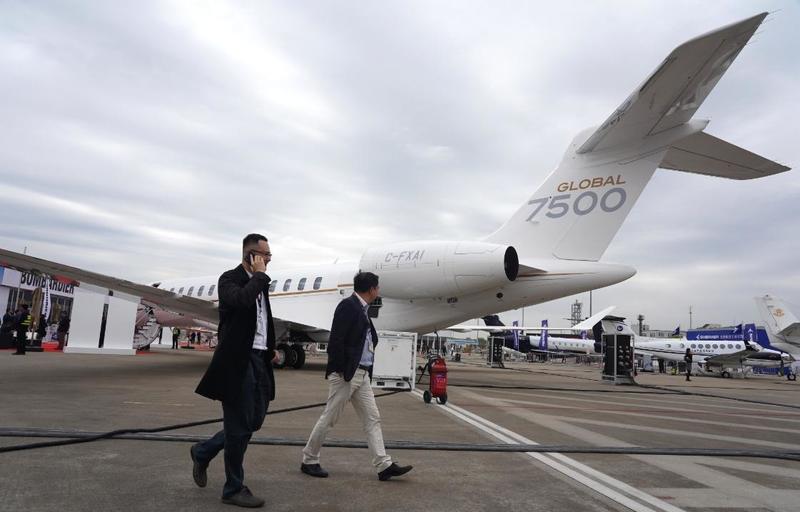 Despite the challenges that Asian and Chinese business aviation operators have encountered in the past few years, industry experts attending the annual Asian Business Aviation Conference & Exhibition (ABACE) remain positive about the sector's outlook for the coming years.

Jeffrey Lowe, managing director of Asian Sky Group, said that 2018 was a difficult year for the Asian and Chinese business aviation sectors due to economic challenges. The sector is undergoing adjustment, because owners have to dispose of aircraft, he said.

The Chinese mainland has 338 business jets in operation, which is the largest fleet in the Asia-Pacific region, but its business aviation declined by 2 percent in 2018, compared to 10 percent growth in 2017.

Even lower growth in the current fleet size can be good for the business, and I think over time we are all hopeful that China can support a large amount of business jets.

China has been experiencing a net reduction recently for a number of reasons, including financial projections growing at a slower growth rate than previously, as well as desires for selling old ones in order to get the latest products, said David Dixon, president of Jetcraft Asia.

Other industrial experts also noticed such a change, but they are still confident of the prospects of the sector because the China market has "strong fundamentals".

Last year, a decline was seen in the market in China as well as in the Asia-Pacific region. The year of 2019 will be a steady year, and there will be much more sustainable growth in future years, said Darren McGoldrick, vice-president of ExecuJet Asia-Pacific, adding that the company can get ready for that growth, and cater for the expected future growth.

Paul Desgrosseilliers, general manager of ExecuJet Haite Aviation Services China Co Ltd, expected this year will be flat, and there will be some growth starting next year.

"In the next three to five years we can start seeing some high single-digit growth," Desgrosseilliers said.

"Even lower growth in the current fleet size can be good for the business, and I think over time we are all hopeful that China can support a large amount of business jets," he added.

Lowe said he expected to have more economic stimulus including tax reductions and easier access to capital. "When the economy is getting better, we are going to have a lot of corporate jet needs," he said.

Admitting that the global market has been challenging for aircraft manufacturers over the past few years, Chadi Saade, vice-president commercial of Airbus Corporate Jets (ACJ), said he was still positive about the long-term trend of this business.

"The fundamentals remain quite strong, so that's why in the mid-to long-term we believe that the market will remain quite strong in China. I know as well there is a lot of effort to promote business aviation in China, like the Guangdong-Hong Kong-Macao Greater Bay Area," Saade said.

"This is a really good market to be in. Fundamentally it is a high growth (in terms of GDP growth) area, a stable business environment. It's really been where we want to be," said Shekhar.

"We are dedicated to continuous efforts to enhance the quality of service in business aviation, and in return to complement the business operation," said Lu.

According to him, the annual growth of business aviation－takeoffs and landings－in Shanghai averaged at 9 percent between 2010 and 2018, which played an important role in the Chinese business aviation sector.

"It is worth mentioning that compared to the US and European business aviation sectors, China is still in its infancy in terms of development and has huge potential," he added.

More than 30 aircraft across the spectrum of business aircraft including pistons, intercontinental jets and helicopters are being showcased in Shanghai during the three-day ABACE starting from Tuesday.