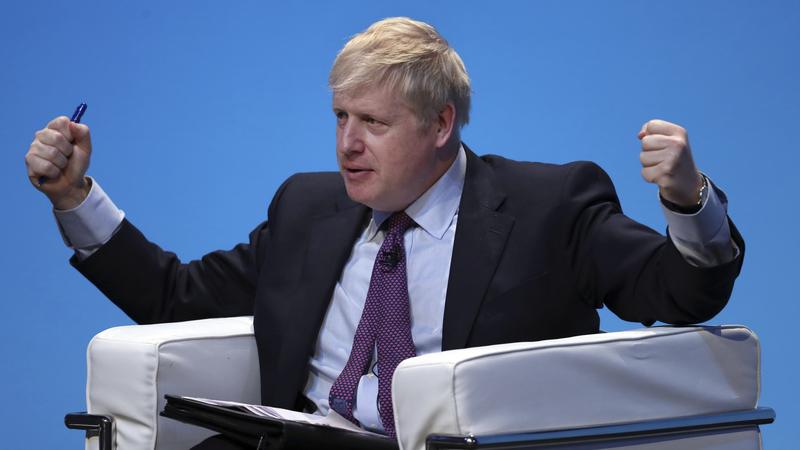 LONDON — Boris Johnson failed to shut down questions about his private life Tuesday as a round of media appearances served only to bog him down further in questions about character and trust.

Johnson, who is running to be the next leader for both the Conservative Party and the nation, has refused to address personal questions despite an ongoing clamor to face public scrutiny after a reported quarrel with his girlfriend last week prompted a police visit.

In break from his previous strategy, the front-runner took part in three interviews in less than 24 hours, responding to challenger Jeremy Hunt's criticism that he was a "coward" and needed to face greater public scrutiny if he is to become prime minister.

The difficulty is that the minute you say one thing, you obviously are bringing people, your loved ones, your family, into the public domain in a way that is not fair

Boris Johnson,  Member of Parliament of the United Kingdom

Johnson toughened his stance on Britain's pending departure from the European Union, promising he would take the country out of the bloc by Halloween "do or die." He challenged Hunt to do the same.

But the personal issues were never far away. Speaking on LBC radio, Johnson was questioned over a picture showing him and girlfriend Carrie Symonds in the leafy Sussex countryside amid speculation that it was staged and released by his campaign. Symonds, a former Conservative Party press officer, has remained firmly out of the public eye since the reported quarrel Friday when a neighbor hear shouting, screaming and banging at the home the couple shares.

"The difficulty is that the minute you say one thing, you obviously are bringing people, your loved ones, your family, into the public domain in a way that is not fair," Johnson said.

Asked where the photograph had come from and when it was taken, Johnson said "the longer we spend on things extraneous to what I want to do ... the bigger the waste of time."

LBC host Nick Ferrari pressed on. He said the picture showed Johnson with a hairstyle he no longer wears and suggested it was an old image. Johnson simply refused to answer.

"This conversation is now descending into farce," Johnson declared.

Johnson is the favorite in the runoff against Hunt but has refused to appear at some debates and shunned the media before changing tack. He granted the BBC an interview that was broadcast Monday evening and took on two other appearances by midmorning Tuesday.

In all the interviews, the former mayor of London sought to turn the conversation back to his wish to bring Britain out of the EU by Oct 31 — with or without a deal. He told talkRADIO that he would succeed where Prime Minister Theresa May had failed.

"I think a bit of positive energy would help, frankly. I've never seen such morosity and gloom from a government," he said. "For three years, we've been sitting around wrapped in defeatism, telling the British public that they can't do this or that. It is pathetic. It's absolutely pathetic."

The winner of the contest will replace May, who stepped down as party leader after failing to secure Parliament's approval for her Brexit deal.

What the public makes of the Johnson's personal life remains unclear. While chatting with supporters during a campaign visit Tuesday to the Royal Horticultural Society's gardens at Wisley, one supporter was caught by a BBC camera telling Johnson "we thought you were the best from the word go" before adding jokingly: "Just don't have any more rows."