SYDNEY - Australian opposition lawmakers have offered a deal to resettle 150 refugees from a Pacific detention camp, which if accepted by embattled Prime Minister Scott Morrison could strengthen his tenuous grip on power.

Morrison's government is on the verge of losing its majority, after a devastating by-election on Saturday, and key independents have warned their support hinges on him freeing children from the Australian-run detention camp on Nauru island.

The Australian government has steadfastly refused to allow any refugees arriving by boat to enter the country, instead detaining them in remote Pacific detention centres.

Nearly 1,300 asylum seekers have been detained in Papua New Guinea and Nauru for more than five years after being intercepted while trying to travel to Australia by boat. 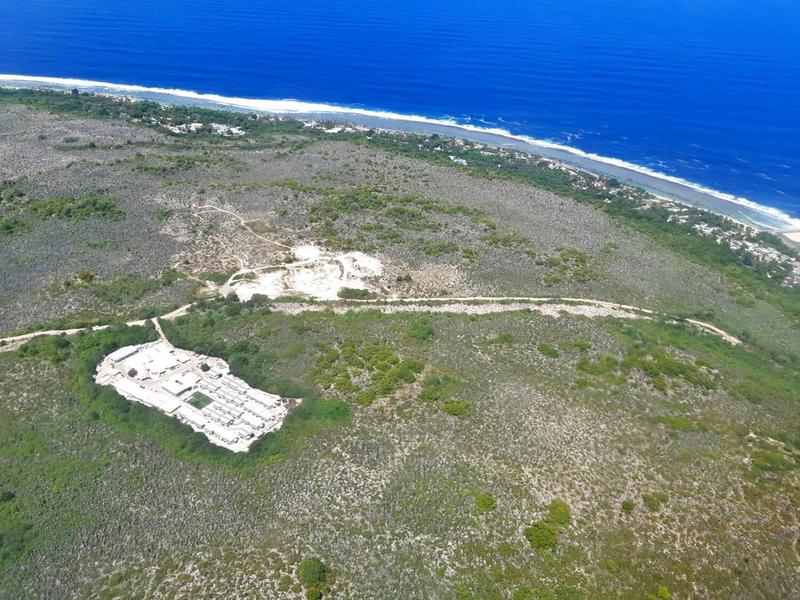 This October 2018, aerial photo provided by Medecins Sans Frontieres shows the island of Nauru. Humanitarian medical professionals expelled from Nauru said on Oct 11, 2018, asylum seekers that Australia had banished to the tiny Pacific atoll were suicidal and their children have lost hope. (MEDECINS SANS FRONTIERES VIA AP)

New Zealand has offered to resettle 150 refugees, a proposal Canberra has previously said it would only accept if opposition lawmakers agreed to change the law to prevent any refugee from ever travelling to Australia in future.

Amid warnings by aid agencies of a health crisis on Nauru, the opposition Australian Labor Party said it would agree to a compromise amendment which would only ban refugees sent to New Zealand.

"We understand that it is beyond time that these people who have been reported by their doctors and other support workers to be in the most desperate circumstances, find a new home."

Morrison said he would consider the compromise.

Eleven child migrants were transferred from Nauru to Australia for medical treatment on Monday, only hours after two independents said they would only support the government if it stopped detaining children.

Morrison is poised to lose his one-seat parliamentary majority after voters, angry about the party's ousting of former prime minister Malcolm Turnbull, deserted the ruling Liberal Party in a Sydney by-election.

Turnbull was the sitting member for the Sydney seat and quit politics after being dumped.

Although counting continues, Morrison is likely to have to rely on the support of five independents to prevent a no confidence motion that could trigger an election. The next general election is due by May 2019.

Two independents have said their support is conditional on the immediate resettlement of 52 children detained on Nauru.

Human rights groups warn all refugees on PNG and Nauru are in need of resettlement as a controversial resettlement deal with the United States stalls.

"Lives are at risk," said Catherine Stubberfield, a spokeswoman for the UN refugee agency, UNHCR.

"They need to step in now and make sure that further harm and even deaths are not occurring."