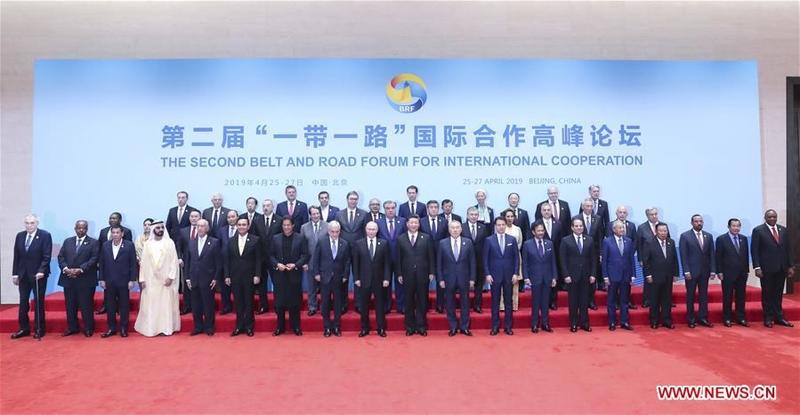 The forum, held in Beijing from Thursday to Saturday, was attended by 40 foreign leaders including heads of state and government from 38 countries, as well as international organizations including the United Nations and the International Monetary Fund.

During the roundtable meeting presided over by Xi on Saturday, the leaders exchanged views and agreed that the Belt and Road Initiative provides great opportunities for development, Wang said.

Xi said at the meeting that under the principle of extensive consultations, joint contributions and shared benefits, participants of the Belt and Road have provided new impetus for global economic growth since the first forum in 2017.

In his speech delivered on Friday, Xi proposed the pursuance of high-standard cooperation to improve people's lives and promote sustainable development.

Wang said Xi's proposals were written into the joint communique of the roundtable meeting and became an international consensus.

Wang said the forum has set a goal of promoting high quality Belt and Road cooperation.

Wang told reporters that the participants expect to deepen cooperation with China and connect the Belt and Road with the development strategies of their own countries.

According to the Ministry of Foreign Affairs, 283 concrete results in six categories were reached during the forum. China and relevant countries have signed a number of intergovernmental agreements to strengthen practical cooperation through such projects as the China-Myanmar Economic Corridor, Wang said.

The forum has also set up a platform for cooperation between enterprises of different countries, Wang said, adding that more than $64 billion worth of deals were signed during the forum.