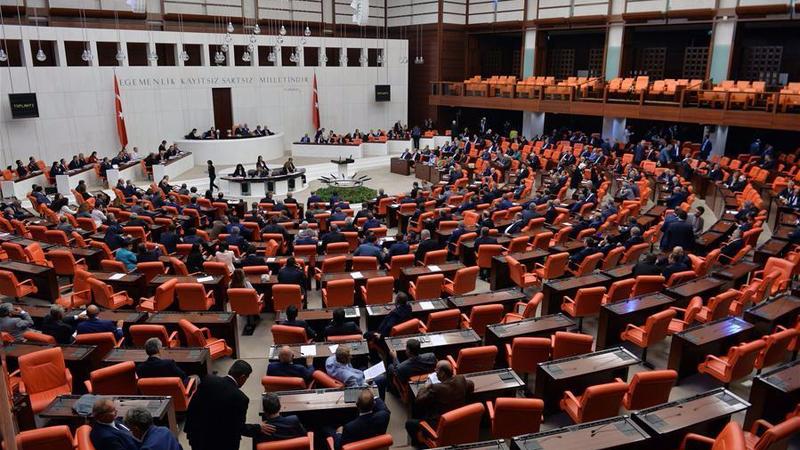 Turkish parliament holds an extraordinary session in Ankara, Turkey, on Sept 23, 2017. Turkey approved the extension of a mandate for troop deployment in Iraq and Syria for another year. (MUSTAFA KAYA / XINHUA)

ISTANBUL/BAGHDAD – Turkey's parliament voted on Saturday to extend by a year a mandate authorizing the deployment of Turkish troops in Iraq and Syria, stepping up pressure against an independence referendum in northern Iraq's Kurdish region in two days' time.

The United States and other Western powers have, like Turkey, urged authorities in the semi-autonomous Iraqi region to cancel Monday's vote. They say the move by the oil-producing area distracts from the fight against Islamic State.

The US and other Western powers have, like Turkey, urged authorities in the semi-autonomous Iraqi region to cancel Monday's vote

In Iraq, a Kurdistan regional government delegation arrived in Baghdad for talks with the Iraqi government in an effort to defuse tensions, but a senior Kurdish official said the vote was going ahead.

"The delegation will discuss the referendum but the referendum is still happening," Hoshiyar Zebari, a top adviser to Kurdish leader Massoud Barzani, told Reuters.

Turkey, which has NATO's second-largest army, said on Friday that the Iraqi vote would threaten its security and force it to slap sanctions on a neighbor and trading partner, although it did not specify what measures it might take.

Asked on Saturday if a cross-border operation was among the options, Yildirim told reporters: "Naturally, it is a question of timing as to when security, economic and security options are implemented. Developing conditions will determine that."

The mandate approved by Turkey's parliament on Saturday was first passed in 2014 with the aim of tackling threats from within its southern neighbors Iraq and Syria. It had been due to expire in October.

Turkey is home to the largest Kurdish population in the region and is itself fighting a Kurdish insurgency on its soil.

But it is also the main conduit for oil exports from Iraq's Kurdish region and it has said that any break-up of neighboring Iraq or Syria could lead to a global conflict.

In a speech to parliament, Turkish Defense Minister Nurettin Canikli voiced concern about the referendum's impact on the region's ethnic and sectarian relationships, saying it could trigger an "uncontrollable fire". 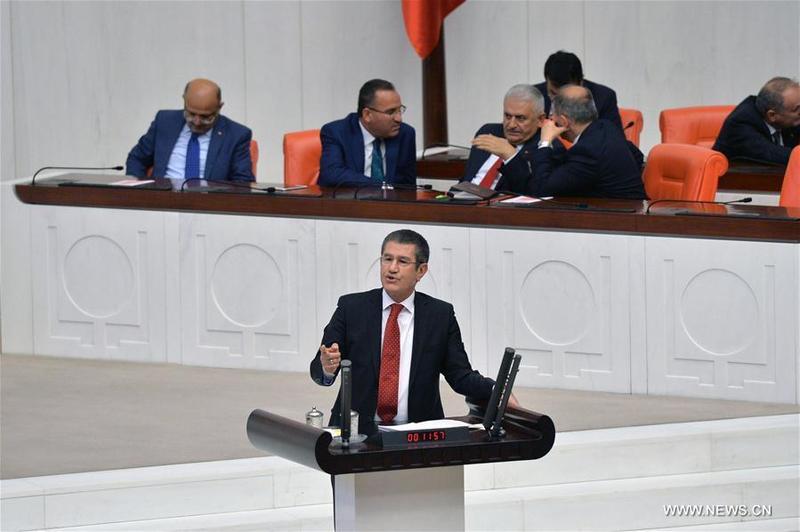 "Pulling out just a brick from a structure based on very sensitive and fragile balances will sow the seeds for new hatred, enmity and clashes," he said.

A particular area of concern is the multi-ethnic oil city of Kirkuk, which lies outside the recognized boundaries of the autonomous Kurdish region and is claimed by Baghdad. It is dominated by Kurds but is also home to Arabs, Assyrian Christians and Turkmen -- of whom Turkey has long seen itself as the protector.

"If the referendum is not cancelled, there will be serious consequences. Erbil must immediately refrain from this terrible mistake, which will trigger new crises in the region," Erdogan's spokesman Ibrahim Kalin tweeted on Saturday.

Militants from the Kurdistan Workers' Party (PKK) launched a rocket and mortar attack from the Iraqi side of the border on Turkey's Semdinli district on Saturday, killing one Turkish soldier and a worker in the area of a military base, the Hakkari governor's office said in a statement.

The PKK launched its separatist insurgency in 1984. More than 40,000 people have been killed in the conflict. It is designated a terrorist group by Turkey, the United States and the European Union.

"The importance of maintaining Iraq's territorial integrity and political unity was stressed once again," it said.

The Turkish army launched military exercises on Monday near the Habur border crossing to Iraq. Military sources said they were due to last until Sept. 26, the day after the planned vote.

On Saturday the military said additional units had joined the exercises as they entered their second stage.

Turkey has for years been northern Iraq's main link to the outside world. It has built strong trade ties with the semi-autonomous region, which exports hundreds of thousands of barrels of oil per day through Turkey to international markets.