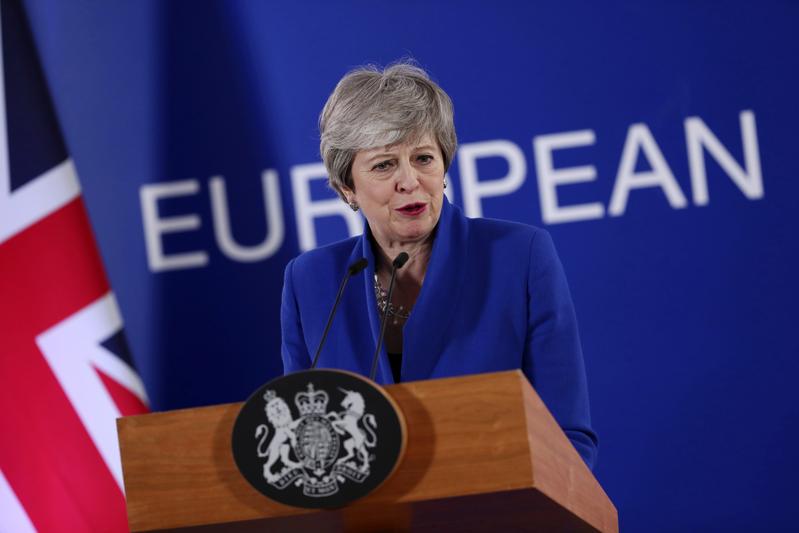 In this April 11, 2019 photo, British Prime Minister Theresa May speaks during a media conference at the conclusion of an EU summit in Brussels. (FRANCISCO SECO / AP)

LONDON — British Prime Minister Theresa May will try again next month to secure Parliament's backing for a Brexit deal so that the UK can leave the European Union this summer, May's office said Tuesday.

Downing Street said May intends to ask lawmakers to vote on a withdrawal agreement bill starting the week of June 3.

Parliament has three times rejected the divorce deal May and the EU struck late last year, laying out the terms of Britain's departure from the bloc. Brexit, long set for March 29, has been delayed until Oct 31 while Britain's politicians try to break the deadlock.

May's office said in a statement that if lawmakers passed the bill, the UK could still leave the EU "before the summer Parliamentary recess," which is likely to start in late July.

But it is far from clear how the government plans to persuade a majority of lawmakers to back May's EU divorce terms, since few legislators on either side of the Brexit divide seem prepared to change their positions.

And approving the bill, which implements the terms of Britain's departure, does not remove the need for Parliament to separately ratify the thrice-rejected EU withdrawal deal.

The government calculates that if a majority of lawmakers can be persuaded to approve the legislation on Brexit terms, they will then back the deal as well.

Ministers also hope that the process of debating — and potentially amending — the bill will help lawmakers reach a form of Brexit a majority can support.

But that looks like a longshot. May's Conservative government has held weeks of talks with the opposition Labour Party in an attempt to reach a compromise on some of the major sticking points, but so far without signs of much progress. 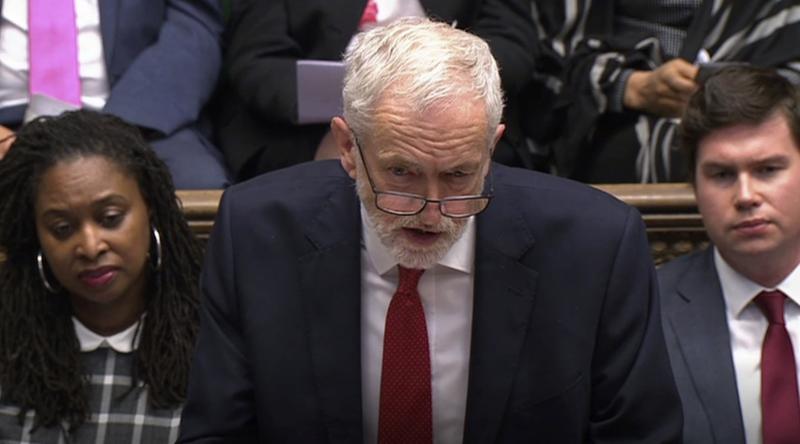 In this grab taken from video, Britain's Labour leader Jeremy Corbyn speaks during Prime Minister's Questions in the House of Commons, London, May 1, 2019. (HOUSE OF COMMONS / PA / AP)

The two sides do not agree on how close an economic relationship the UK should have with the EU after Brexit. Both May and Labour leader Jeremy Corbyn are under strong pressure from their party members not to make concessions to their rivals.

However, neither side wants to be the one to pull the plug on negotiations.

May and Corbyn met for face-to-face talks Tuesday. Downing Street said the meeting was "useful and constructive." Their representatives are set to continue the talks Wednesday.

But Labour sounded pessimistic about the chances of a breakthrough. The party said in a statement Tuesday night that Corbyn expressed concerns to May "about the prime minister's ability to deliver on any compromise agreement."

Labour said Corbyn "raised doubts over the credibility of government commitments." The party fears any promises from May could be undone by her successor. The prime minister is under immense pressure from Conservative lawmakers to quit because she failed to lead Britain out of the EU on schedule.

May has said she will resign once a Brexit deal is approved and make way for a new leader to guide the UK through the next stage — talks with the EU on future relations.

Many Conservative lawmakers are pressing her to be more specific and to name a date for her departure.