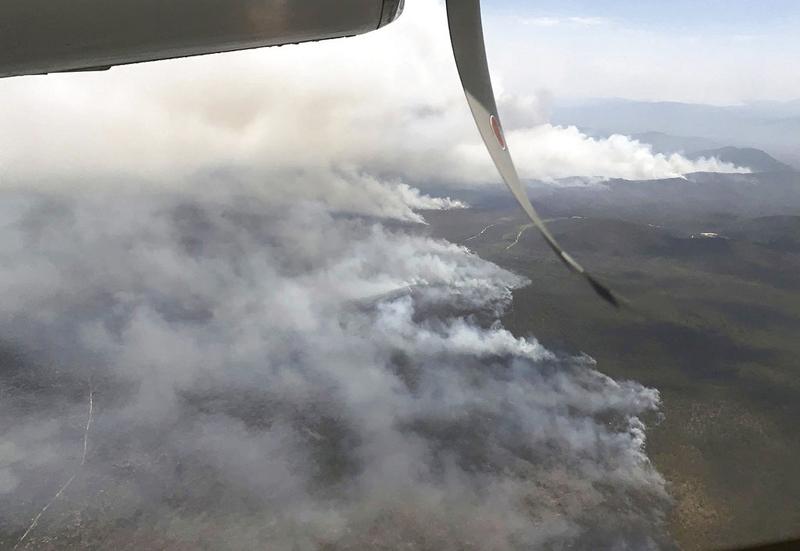 In this undated photo released by the Queensland Fire and Emergency Service,  fires burn north of Bundaberg, Australia. (QLD FIRE AND EMERGENCY VIA AP)

BRISBANE, Australia — Large swaths of northeast Australia endured unprecedented fire danger on Wednesday with 138 wildfires across Queensland state forcing schools to be closed and thousands of homes to be evacuated, officials said.

The fire danger was rated catastrophic in areas of central Queensland, the first time the highest danger rating had been applied to the state, Queensland Premier Annastacia Palaszczuk said.

She said 34 schools had been closed in the most threatened regions. She warned families not to go out, to keep together and prepare to leave if needed.

Queensland Fire and Emergency Services Commissioner Katarina Carroll said homes had been destroyed since Saturday in areas where the fire danger remained too high for teams to enter and assess damage. She expected that fewer than 10 homes had been lost so far.

"Thunderstorms are going through those areas as we speak. There will be no rain from thunderstorms, in fact, they are adding to the problem," Carroll said.

"We have never, ever, in this state, been in this situation before. Not at a catastrophic level and this is uncharted waters," Carroll added.

The Bureau of Meteorology was forecasting weather conditions will moderate after Wednesday.