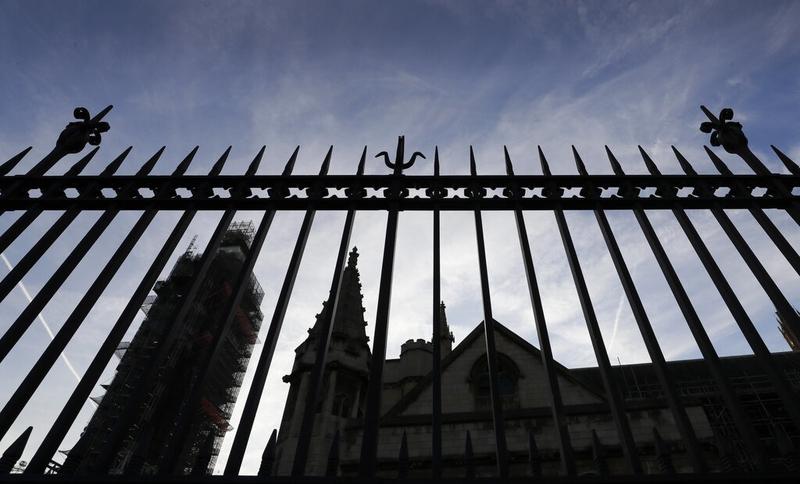 LONDON — Political opposition to Prime Minister Boris Johnson's move to suspend Parliament is crystalizing, with protests around Britain and a petition to block the move gaining more than 1 million signatures.

The suspension has prompted ruptures across the political spectrum, including among members of Johnson's Conservative Party

House of Commons leader Jacob Rees-Mogg dismissed the outrage Thursday as "phoney." He insisted in an interview with the BBC that Johnson wants to outline his domestic agenda.

The British government's enforcer in the upper house quit on Thursday in protest at Johnson's move, saying it risks undermining parliament at a critical time in the country's history.

George Young, the chief whip, said in a letter to the leader of the House of Lords that he was very unhappy at the timing and length of the prorogation, or suspension, and its motivation. Johnson suspended parliament for over a month before Brexit.

"I have been unpersuaded by the reasons given for that decision, which I believe risks undermining the fundamental role of Parliament at a critical time in our history, and reinforces the view that the Government may not have the confidence of the House for its Brexit policy," he said.

Johnson's maneuver gives his political opponents even less time to prevent a chaotic no-deal Brexit before the Oct 31 withdrawal deadline. But the decision outraged critics and is serving as a unifying force for the disparate opposition.

The suspension has prompted ruptures across the political spectrum, including among members of Johnson's Conservative Party. Scottish Conservative leader Ruth Davidson is expected to resign Thursday, in part due to opposition to Johnson's Brexit strategy.