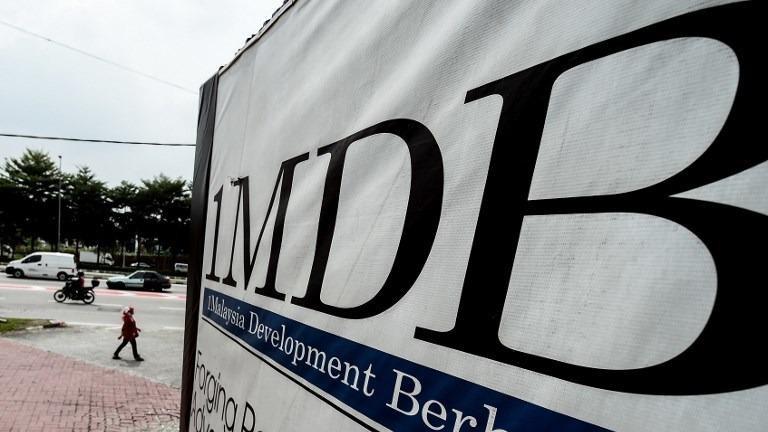 The US investment bank has been under scrutiny for its role in helping raise funds through bond offerings for 1Malaysia Development Bhd (1MDB), which is the subject of corruption and money-laundering investigations in at least six countries.

The US Department of Justice has said about US$4.5 billion was misappropriated from 1MDB, including some money that Goldman Sachs helped raise, by high-level officials of the fund and their associates from 2009 through 2014.

US prosecutors filed criminal charges against two former Goldman Sachs bankers earlier this month. One of them, Tim Leissner, pleaded guilty to conspiracy to launder money and conspiracy to violate the Foreign Corrupt Practices Act.

"There is evidence that Goldman Sachs has done things that are wrong," Mahathir said in an interview with US news channel CNBC aired on Tuesday.

"Obviously we have been cheated through the compliance by Goldman Sachs people," he said, without specifying details.

The US Department of Justice has said about US$4.5 billion was misappropriated from 1MDB by high-level officials of the fund and their associates between 2009 and 2014

A Goldman Sachs spokesman in Hong Kong declined to comment on the interview.

Goldman Sachs' share price fell to its lowest in nearly two years on Monday after Malaysia's Minister of Finance Lim Guan Eng said his country would seek a "full refund" of the fees the bank earned from 1MDB deals. Goldman denied any wrongdoing.

Anwar Ibrahim, appointed successor to 93-year-old Mahathir, told parliament on Tuesday that the country needs to take "more aggressive measures" to reclaim the fees and losses "due to the effects on Malaysia's image".

The US bank earned about US$600 million in fees for its work with 1MDB, which included three bond offerings in 2012 and 2013 that raised US$6.5 billion.

Speaking to reporters on Tuesday, Lim repeated his stance that Malaysia wants to reclaim fees paid to Goldman Sachs, and added that the country will also seek consequential losses.

"The Malaysian government will want to reclaim all the fees paid, as well as all the losses including the interest rate differential," Lim told reporters. He said the rate Malaysia paid was about 100 basis points higher than the market rate.

Critics have said the fees earned by Goldman Sachs was far in excess of the normal 1-2 percent fees a bank could expect for helping sell bonds.

Goldman has said the outsized fees related to additional risks: it bought the unrated bonds while it sought investors and, in the case of the 2013 bond deal which raised US$2.7 billion, 1MDB wanted the funds quickly for planned investment.

Lim did not say how Malaysia would seek to recoup any money beyond that he will leave the matter to Malaysia's attorney general.

Malaysia's government, elected to power only in May, is scrambling to bring back funds that were allegedly siphoned off from 1MDB - a fund founded by former premier Najib Razak.

Goldman has consistently said that it believed proceeds of the debt it underwrote were for development projects and that Leissner, its former Southeast Asia chairman, withheld information from the firm

The 1MDB scandal was a major reason for Najib's shock election loss. Najib has since been charged with corruption as part of Malaysia's investigation into 1MDB. He has pleaded not guilty and denied any wrongdoing.

Malaysian financier Low Taek Jho, described by US and Malaysian authorities as central to the 1MDB scandal, was charged by US prosecutors this month. He remains at large.

Goldman has consistently said that it believed proceeds of the debt it underwrote were for development projects and that Leissner, its former Southeast Asia chairman, withheld information from the firm. Leissner said in his guilty plea unveiled on Friday that others at the bank helped him conceal bribes used to retain business in Malaysia.

Michael DuVally, a Goldman spokesman in New York, declined to comment. The firm said in a quarterly filing earlier this month that it couldn’t predict the outcome of the US Justice Department’s investigation, but said it could face “significant fines.”

It’s unclear how Malaysia plans to regain the fees that Goldman got, and Mahathir said in June that the government would pursue legal action if there is a case. There are ongoing discussions about recovering money from financial institutions including Goldman, Anwar told Bloomberg last week.

The attorney-general will be the one to decide how and how much compensation the government seeks from Goldman, Lim said in parliament Tuesday.

Recouping the 1MDB funds would require tracing assets bought using the money, with Malaysian authorities focused on locating Low Taek Jho, or Jho Low, who has been described by investigators as a central figure in the 1MDB transactions.

Records show that Low, who remains at large, isn’t in China on a Malaysian passport as previously thought, Lim told the BFM radio station. It is unclear if Low entered the country using different travel documents, he said. Chinese authorities have been cooperative, with Lim adding that he hoped they would help if Low had managed to slip into the country.

“It is a matter of trying to determine where he is first before we can ask other countries to help us to detain him and extradite him back to Malaysia if there’s an extradition agreement,” Lim said. “But so far, as I said, we are still relying on Interpol to locate this rather slippery character.”