Residency shift part of plan to boost China's urban base 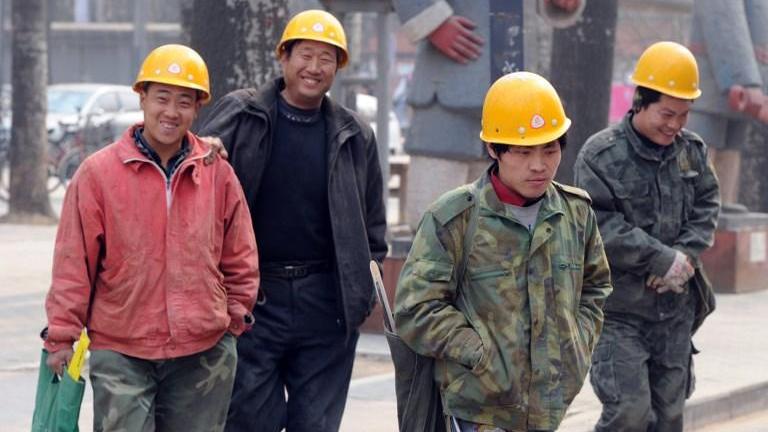 This photo taken on Feb 29, 2012 shows migrant workers returning to their construction site after a lunch break in Beijing. (MARK RALSTON / AFP)

China will take key measures in a new push to improve its cities through boosting the urban population and bolstering the nation's high-quality and stable economic growth, the country's top economic planner said.

National Development and Reform and Commission

China aims to increase the urbanization rate by at least 1 percentage point by the end of this year, according to a document posted on the NDRC's website. The proportion of urban population to total population reached 59.58 percent in 2018.

The objective is part of its larger goal, set in 2014, to move 100 million rural residents, mostly migrant workers, to cities by 2020.

Megacities including Beijing and Shanghai should improve the points system to qualify for household registration, allowing more people to settle in those cities.

"In the future, the main driving force of China's urbanization will be conferring the benefits of urban citizenship on rural migrant workers," said Xu Lin, former director of the NDRC's development planning department. "In this process, it is key to offering new migrants treatment equal to that of city residents."

China has made steady progress in urbanization, as permanent urban residents amounted to 831 million at the end of 2018, up by 17.9 million from the previous year, according to the National Bureau of Statistics.

Xu said the country's urbanization may hit 70 percent by 2030.

"China's urban development should take the road of sustainable development," Xu said. "We should pay more attention to green city construction, green industrial development and low-carbon energy-saving development. And we should also ensure that migrant workers have the same social rights as native residents."

Xu Lin said with rapid urbanization, 80 percent of China's urban citizens will live in some 20 city clusters in the future.

"Gathering various resources, the city clusters will benefit from economies of scale and agglomeration, and the coordinated development of those city clusters will help share and build the basic urban foundation, bring stronger competitiveness and improve people's lives," said Chen Yuyu, an economics professor at Peking University's Guanghua School of Management.