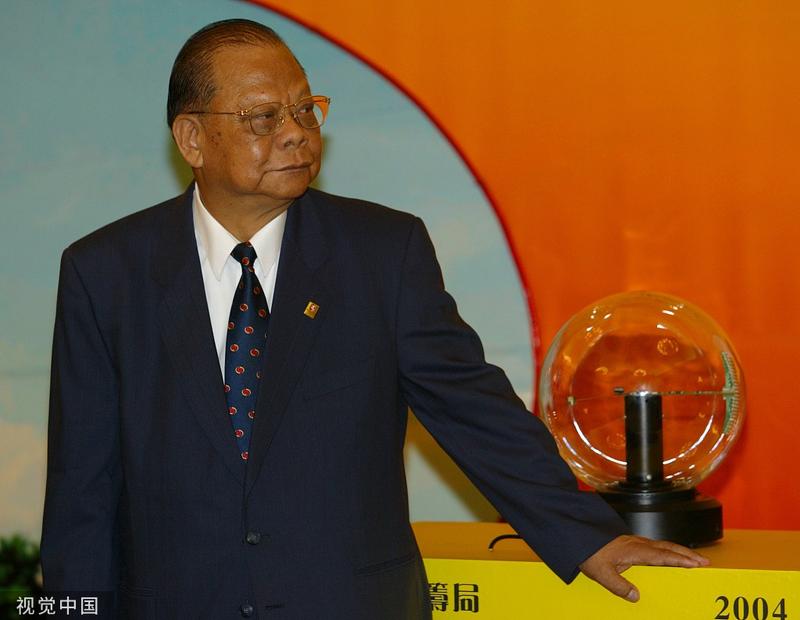 The central government's top official in Hong Kong on Friday expressed his deep sorrow over the passing of the patriotic business leader Tsang Hin-chi and extended his condolences to Tsang's family.

Tsang, a respected entrepreneur and founder of the menswear manufacturer Goldlion Group, died on Friday in his hometown of Meizhou in Guangdong province. He was 85.

Wang Zhimin, director of the Liaison Office of the Central People's Government in the Hong Kong Special Administrative Region, in a statement on Friday, expressed condolences over the loss of "an elder of noble character and high prestige"

Wang Zhimin, director of the Liaison Office of the Central People's Government in the Hong Kong Special Administrative Region, in a statement on Friday, expressed condolences over the loss of "an elder of noble character and high prestige".

The liaison chief praised Tsang as a dedicated patriot and prominent member of Hong Kong's business community. Tsang had taken the lead in contributing to the modernization of the Chinese mainland since the beginning of the country's reform and opening-up, Wang said.

Tsang was awarded the medal of "reform pioneer" in 2018 for his contributions to the country, including generous donations in support of education, science and technology, sports, aerospace and public welfare.

Wang recalled that before 1997, Tsang had firmly supported the central government in resuming the exercise of sovereignty over Hong Kong and contributed to the smooth transition and transfer of Hong Kong as it returned to China in 1997. Tsang gave full support to the chief executive and the SAR government in exercising law-based governance and contributed to the long-term prosperity and stability of Hong Kong.

As a member of the Standing Committee of the National People's Congress — the country's top legislature — from 1994 to 2008, Tsang actively performed his duties to promote democracy, the rule of law and the development of industry and commerce in the mainland, said Wang.

"Mr Tsang's great character will continue to shine a light for our future generations. He will always be remembered," he noted.