Danish leader gets treat: trip to panda base in Chengdu 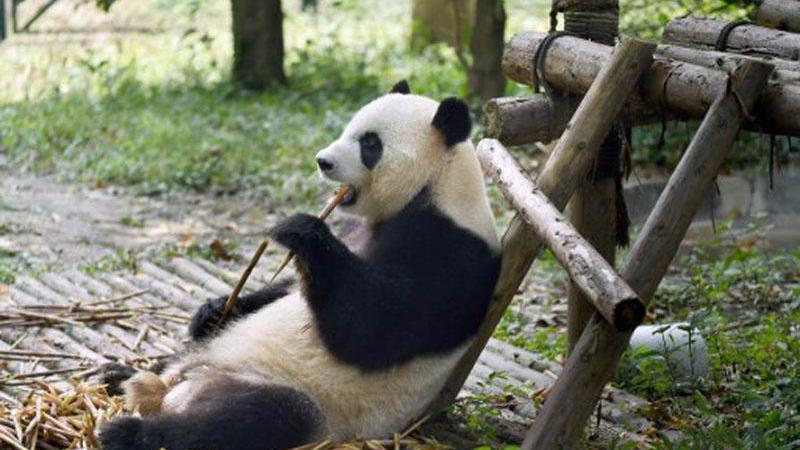 This picture taken on September 9, 2016 shows a panda eating bamboo at the Chengdu Research Base of Giant Panda Breeding in China's Sichuan province. (Wang Zhao / AFP)

What type of creature caught the attention of Danish Prime Minister Lars Loekke Rasmussen during his official visit to China?

It could be the giant panda, or, as many Chinese people suspect, the oyster.

Soon after arriving in Chengdu, capital of Southwest China's Sichuan province, on Tuesday, Rasmussen traveled to the Chengdu Research Base of Giant Panda Breeding, where the prime minister fed apples and bread to two giant pandas - Maosun and Hexing.

Pandas have played an important role in boosting China's ties with Denmark since Queen Margrethe II's state visit to China in 2014, during which Beijing agreed to lend two pandas to Copenhagen for research and breeding programs.

Sichuan is known to the world as the home of panda. Zhang Zhihe, director of the Chengdu panda base, introduced Rasmussen to the pandas' living environment.

In March, the Copenhagen Zoo unveiled the design of a planned enclosure for the two pandas, which are scheduled to arrive in Denmark near the end of next year.

Apart from pandas, oysters have also been a highlight of the Danish prime minister's visit. Before his visit, the Danish embassy in China complained about Pacific oysters invading the Danish coast, which has triggered huge interest among the Chinese populace.

Denmark welcomes Chinese tourists to enjoy the beautiful scenery and at the same time to help the country consume the delicious invader, Rasmussen said at an event in Chengdu to promote tourism of the Nordic country.

"Give us free visas, and we will fix (your problem) in a month," one netizen wrote on his Twitter-like weibo account.