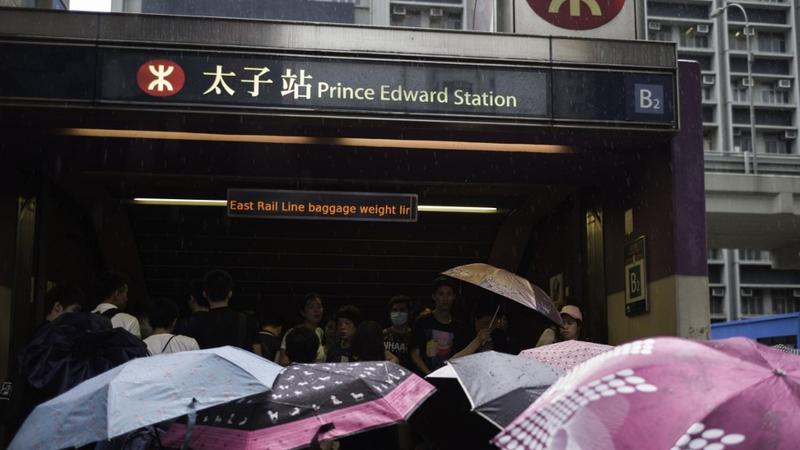 MTR Corp and relevant government departments have quashed “malicious” rumors that protesters had been killed during a police operation at Prince Edward MTR Station on Aug 31, saying that no deaths had occurred.

They refuted the allegations at a joint press conference on Tuesday held by MTR Corp, the city’s sole railway operator, the Hong Kong Police Force, the Fire Services Department and the Hospital Authority, a statutory body that manages all government hospitals and medical institutes in Hong Kong.

Senior Superintendent Yu Hoikwan of the Police Public Relations Branch said such unfounded rumors are, in fact, aimed at discrediting the government and dividing the community, and that there has been no coverup.

To deal with fake news, rumors and speculation circulating online, Lam urged members of the public to be “extremely cautious” in ascertaining their accuracy

The allegations stem from an incident at Prince Edward Station when officers moved in to confront a group of radical protesters, who had fled into the station after being dispersed by police in Mong Kok, and harassed and assaulted passengers on a train by hurling umbrellas and an unknown liquid at them. Fiftythree demonstrators were arrested at the scene.

Yu said the police had not received any reports of the “alleged deceased” or of any missing person as of Tuesday.

The railway operator also released a reconstruction of events with the aid of screenshots of CCTV footage showing that between 1:39 am and 1:49 am on Sept 1, a total of seven injured persons were taken out of the Lai Chi Kok station for medical treatment, after being escorted from Prince Edward on an MTR train.

The Fire Services Department also backed up MTR’s version of events, reiterating that only seven injuries had been recorded at the station.

Senior Manager of the Hospital Authority Andy Kung said all the patients involved in the incident and admitted to public hospitals on Aug 31 had been discharged after treatment, and no fatalities have been reported.

Speaking to reporters ahead of a weekly Executive Council meeting on Tuesday, she said the damage caused to Hong Kong by the protracted violence is apparent to all, and condemned the flood of fake news on social media that have presented distorted accounts of developments.

To deal with fake news, rumors and speculation circulating online, Lam urged members of the public to be “extremely cautious” in ascertaining their accuracy.

She also advised residents to report to the police if online allegations are in breach of the law.