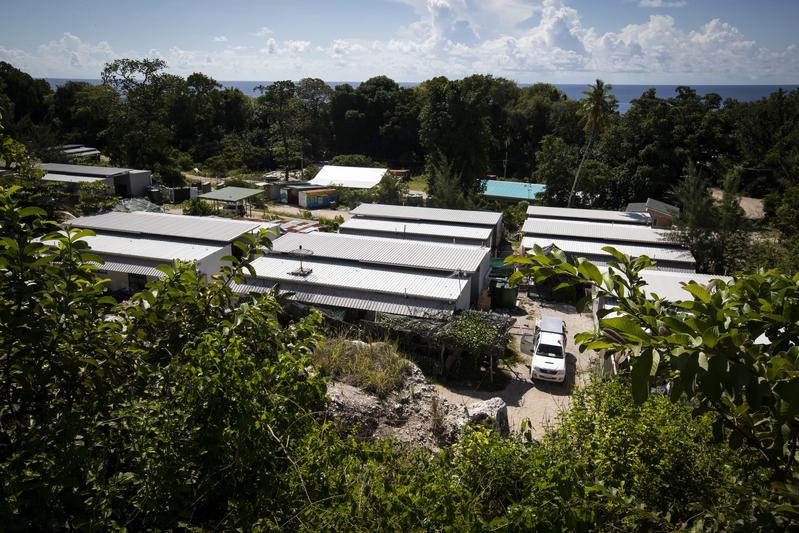 CANBERRA, Australia — Australia announced on Sunday that the last child refugees held on the Pacific atoll of Nauru will soon be sent to the United States, ending the banishment of children under the government's harsh asylum-seeker policy.

The US agreed in 2016 to accept up to 1,250 refugees. More than 1,000 others remain on the islands and face uncertain futures

The psychiatric and physical suffering of children has been the major criticism of the government's policy since 2013 to send asylum seekers who attempt to reach Australia by boat to an immigration camp on Nauru or men-only facilities on Papua New Guinea.

Prime Minister Scott Morrison said the last four asylum-seeker children on Nauru would soon be resettled with their families in the United States under a deal struck in the final months of President Barack Obama's administration.

"Every asylum seeker child has now been removed from Nauru or has had their claim processed and has a clear path off the island," Morrison said in a statement.

The United States agreed in 2016 to accept up to 1,250 refugees. More than 1,000 others remain on the islands and face uncertain futures.

Law firm Maurice Blackburn said it would continue its legal fight until all asylum seekers were removed from the island camps.

"This action has taken far too long and at times has been very hard fought - in the last year alone we have had to take court action repeatedly to help secure the medical evacuation of 26 critically ill people on Nauru with many of these children, including some as young as six months old," lawyer Jennifer Kanis said in a statement.

"In many of those cases, the delay in access to medical treatment has risked serious and life-threatening consequences for the children and adults concerned," she added.

In 2017, the Australian government reached a settlement of around 90 million Australian dollars (US$68 million) with more than 1,900 asylum seekers who sued over their treatment at an immigration camp in Papua New Guinea.

The all-men asylum seekers were seeking damages in the Victoria state Supreme Court for alleged physical and psychological injuries they say they suffered as a result of the conditions on the Manus Island camp, as well as for false imprisonment following a Papua New Guinea court ruling that their detention was unconstitutional.

When Morrison took office in an internal government leadership ballot in August, there were 109 asylum seeker children on Nauru.

Australia has all but ended the people-smuggling traffic from Southeast Asian ports since it announced that any asylum seekers who attempt reach Australian shores by boat from July 19, 2013, would never be allowed to settle in Australia.

Pressure has mounted on the government to make an exception for children, but some government lawmakers argue that would only encourage asylum seekers to put children at risk by bringing them on treacherous voyages to Australia on rickety fishing boats.

Immigration Minister David Coleman said families with children who had been brought to Australia from Nauru would not be allowed to stay.

Richard di Natale, leader of the minor Greens party, welcomed the children's removal from Nauru, but said it was long overdue.

READ MORE: Australia to spend up to US$195m housing refugees

"They've been languishing there for years and years," di Natale told Sky News television. "These are kids that will have years of counselling ahead of them."

The announcement comes ahead of Parliament resuming for the first time this year on Feb. 12. Morrison's unpopular minority government will go to elections by the end of May.

The opposition Labor Party and Greens are pushing for a law change that would give doctors more say on whether asylum seekers on Nauru and Papua New Guinea are brought to Australia for medical treatment.

Opposition leader Bill Shorten also welcomed the removal of children from Nauru. "We want to keep making sure that we treat people with a proper duty of care and with access to proper medical treatment," Shorten said.