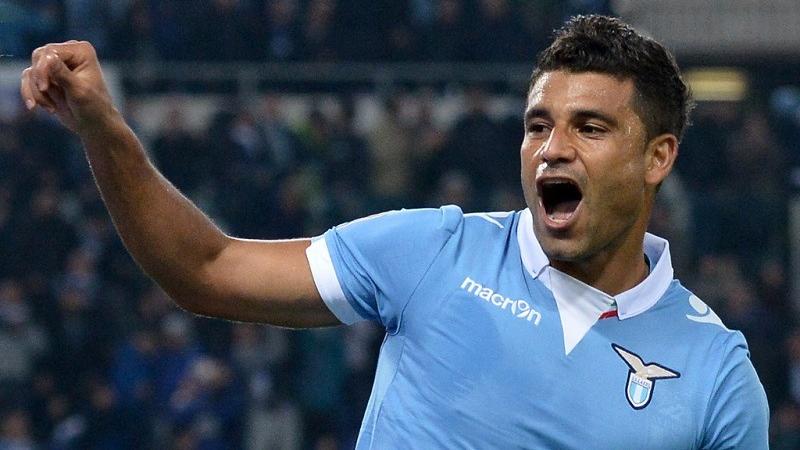 Then Lazio's midfielder Ederson Campos celebrates after scoring against Cagliari during the Italian Serie A football match Lazio vs Cagliari on Nov 3, 2014 at the Olympic Stadium in Rome. (TIZIANA FABI / AFP)

RIO DE JANEIRO - Former Lazio midfielder Ederson Campos has announced his retirement from football at 33 because of injuries.

Ederson revealed he has never fully recovered from ligament damage to his left knee, suffered while playing for Flamengo against Corinthians in 2016.

"I've decided to call it a day. I always wanted to be 100% and I can't settle for anything less than that," Ederson told Brazilian news service Globo.

"I was feeling a lot of knee pain. It was clear that I wasn't able to get back to my best so I think it was the right time to stop."

Injuries and illness restricted Ederson to just 43 appearances in the last five years of his career.

In addition to knee and leg muscle problems, the playmaker underwent surgery in 2017 to remove a tumor on a testicle.

Ederson spent seven years in France - at Nice and Lyon - before joining Italian giants Lazio in 2012. He was capped once for Brazil, against the United States in 2010.