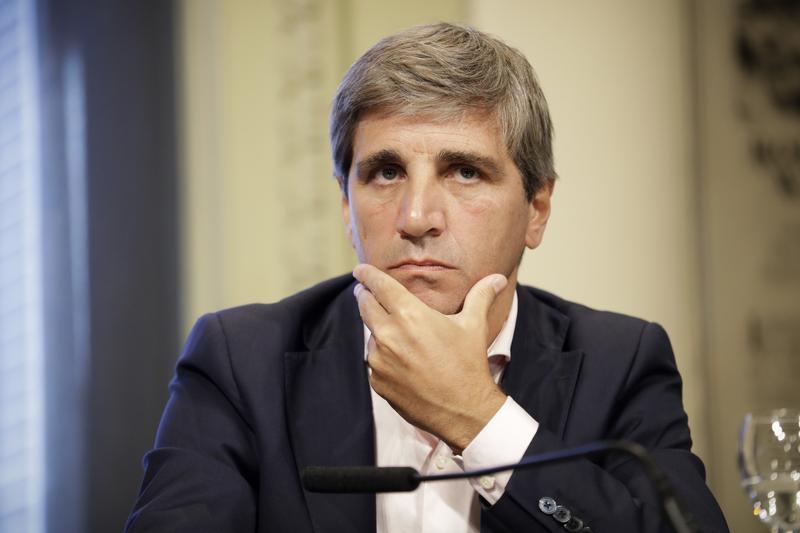 The surprise resignation of Luis Caputo was announced in a bank statement that said he was leaving for personal reasons. But it came as the government was pushing for a new financing deal with the IMF aimed at helping Argentina's struggling economy.

Later in the day, President Mauricio Macri said a new agreement with the IMF would be announced Wednesday providing advances of new funds that should ease worries about a possible government default.

"We hope that it will definitely clear up other doubts about our financing capacity and the stability of monetary policy," Macri told reporters in New York, where he is attending the UN General Assembly session.

Caputo had only been in the job since June and will be replaced by former economic policy secretary Guido Sandleris.

Argentina has been hit by a severe drought, one of the world's highest inflation rates and a sharp depreciation of its currency, which has lost more than half its value against the dollar so far this year. That has forced the government to reach out to the IMF for help.

The peso had been recovering in recent days but the currency began to tumble after the resignation and was trading midday Tuesday at 39.7 pesos per US dollar.

"This resignation is due to personal reasons, with the conviction that a new deal with the IMF will re-establish trust in the fiscal, financial, monetary and exchange rate situation," the bank said.

Macri asked the IMF for an early release of funds from a US$50 billion deal agreed earlier this year to ease concerns that Argentina will not be able to meet its debt obligations next year.

Most Argentines have bad memories of the IMF and blame the international lending institution for encouraging policies that led to the country's worst economic crisis in 2001-2002, when banks froze deposits and put up sheet-metal barricades as thousands of protesters unsuccessfully tried to withdraw their savings.

Just as the resignation was being announced, Argentine labor unions were staging a nationwide strike to protest the economic turmoil and austerity measures announced by Macri, who is currently in New York where he will address the UN's General Assembly.

"The dollar can strengthen (versus the peso), people get nervous, some withdraw deposits, others will change prices and in the midst of this it can lead to social conflicts that will further stoke the fire," he said.