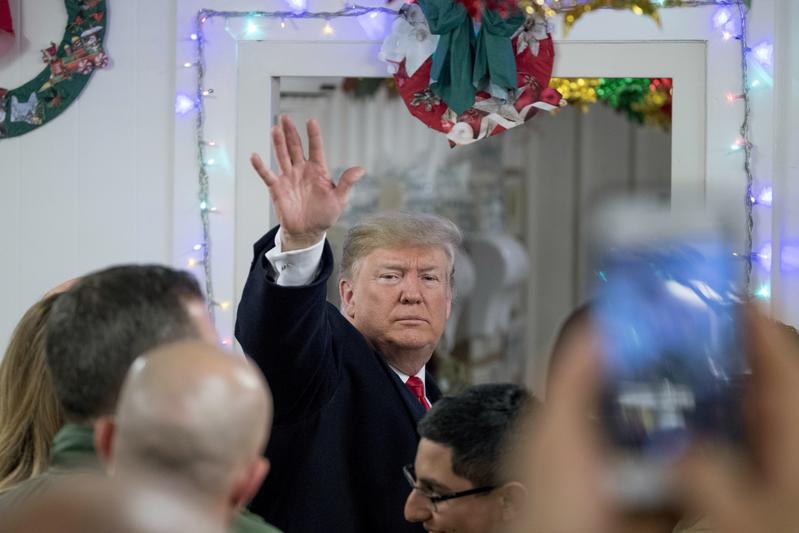 US President Donald Trump waves as he leaves a dining hall after visiting members of the military at Al Asad Air Base, Iraq, Dec 26, 2018. (ANDREW HARNIK / AP)

WASHINGTON — The White House sought to make the case on Monday that President Donald Trump had not changed his position on withdrawing US troops from Syria, a day after his national security adviser outlined conditions for a withdrawal that could take months.

Trump's abrupt announcement last month that he was bringing home the roughly 2,000 troops in Syria, saying they had succeeded in their mission to defeat Islamic State there, sparked concern among officials in Washington and allies abroad and prompted Defense Secretary Jim Mattis to resign.

In recent days, Trump administration officials have applied the brakes, making clear the withdrawal will not happen quickly. The president himself said last week that the United States would get out of Syria slowly "over a period of time."

"The president hasn't changed his position, as he mentioned his primary goal is to ensure the safety of our troops and the safety of our allies as well," White House spokeswoman Mercedes Schlapp told Fox News on Monday. "And so the Department of Defense will come up with its operational plan to safely withdraw our troops."

"It takes time to take the troops out because we want to make sure that our troops are safe in this process," she said.

Trump and French President Emmanuel Macron discussed the two countries' commitment to destroy Islamic State and "plans for a strong, deliberate, and coordinated withdrawal of US troops from Syria" during a telephone call on Monday, the White House said.

ALSO READ: Trump adviser: US to leave Syria once IS beaten, Kurds safe

Secretary of State Mike Pompeo told CNBC on Monday that the Syria drawdown is a "change of tactics" but reiterated that it does not alter the US commitment to defeat Islamic State and counter Iran's influence in the region.

Islamic State has been beaten back from large areas of territory it once controlled in Syria. But Trump's announcement of a US pullout left many questions open, including whether Kurdish fighters who had been operating in northern Syria alongside US forces would be attacked by their long-time enemy, Turkey.

On Sunday, White House national security adviser John Bolton added a new condition to the US withdrawal from Syria, saying Turkey must agree to protect the United States' Kurdish allies.

Allies were also concerned that the withdrawal could leave the United States with few options to prevent a resurgence of Islamic State.

As to whether Turkish President Tayyip Erdogan could be trusted not to turn on America's Kurdish allies in Syria, Pompeo said "Erdogan made a commitment to President Trump" that those who fought with US troops against Islamic State would be protected. 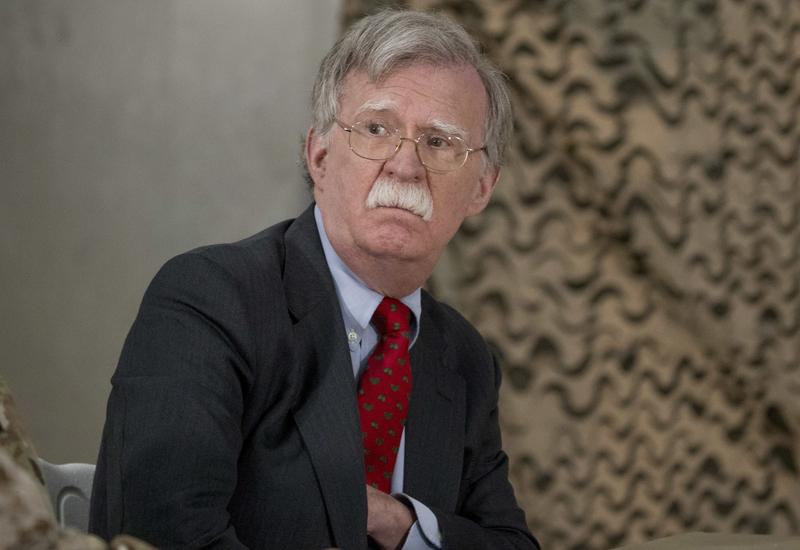 He told CNBC that Bolton was visiting Turkey this week "to have a conversation with the Turks about how they will effectuate that in light of the US withdrawal."

Erdogan warned in an opinion piece in the New York Times on Monday that the US withdrawal from Syria must be planned carefully and with the right partners, saying Turkey was the only country "with the power and commitment to perform that task."

In the op-ed article, Erdogan said Turkey was committed to defeating Islamic State and "other terrorist groups" in Syria.

"President Trump made the right call to withdraw from Syria. The United States withdrawal, however, must be planned carefully and performed in cooperation with the right partners to protect the interests of the United States, the international community and the Syrian people," Erdogan wrote.

"Turkey, which has NATO’s second largest standing army, is the only country with the power and commitment to perform that task."

Erdogan also warned that the international community should avoid making the same mistakes as in Iraq.

"The lesson of Iraq, where this terrorist group (Islamic State) was born, is that premature declarations of victory and the reckless actions they tend to spur create more problems than they solve," he wrote.

READ MORE: With US leaving, rival powers seek to move into Syria's east

"The first step is to create a stabilisation force featuring fighters from all parts of Syrian society. Only a diverse body can serve all Syrian citizens and bring law and order to various parts of the country."

On Dec 19, the day he first announced the pullout, Trump said in a video message, referring to the US troops, "They're all coming back and they're coming back now. We won."

At the time, the White House declined to offer a timeline for withdrawal. However, one US official said then that Washington aimed to withdraw troops within 60 to 100 days and a second official said they could leave even sooner.