US slaps fresh sanctions on Russia under Trump's new order 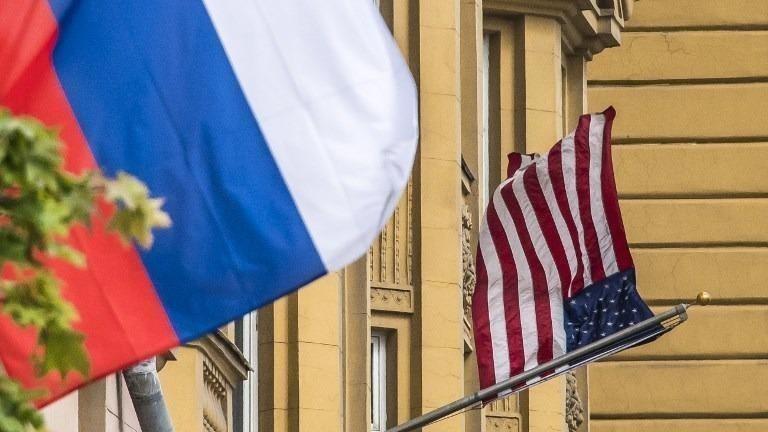 In this July 31, 2017 photo, a Russian flag flies next to the US embassy building in Moscow, Russia. US President Donald Trump issued an executive order on Sept 20, 2018 to further implement a US sanction act against Russia. (MLADEN ANTONOV / AFP)

WASHINGTON - US President Donald Trump on Thursday issued an executive order to further implement a US sanction act against Russia.

Named Countering America's Adversaries Through Sanctions Act of 2017 (CAATSA), the order "authorizes the Secretary of the Treasury, in consultation with the Secretary of State, to employ all powers granted to the President by the International Emergency Economic Powers Act (IEEPA) and certain sections of CAATSA for the implementation of certain sanctions with respect to the Russian Federation," read a White House statement.

According to a White House statement, Pompeo added 33 additional entities and individuals to the CAATSA List of Specified Persons

In a separate statement issued on the same day, US State Department spokesperson Heather Nauert said that in line with this executive order, US Secretary of State Mike Pompeo has taken actions to implement his delegated authorities "and to further impose costs on the Russian Government in response to its malign activities."

According to the statement, Pompeo added 33 additional entities and individuals to the CAATSA List of Specified Persons "for being a part of, or operating for or on behalf of, the defense or intelligence sectors" of the Russian government.

These sanction actions are "in response to Russia's aggression in Ukraine, annexation of Crimea, cyber intrusions and attacks, interference in the 2016 elections, and other malign activities," Nauert said, urging all countries to curtail relations with Russia's defense and intelligence sectors and claiming "both of which are linked to malign activities worldwide."

The US Treasury Department in March announced a decision to sanction five entities and 19 individuals under the CAATSA.

The United States has been accusing Russia of interference in the US presidential elections in 2016, hacker attacks against the United States, among others. Russia has repeatedly denied such allegations.