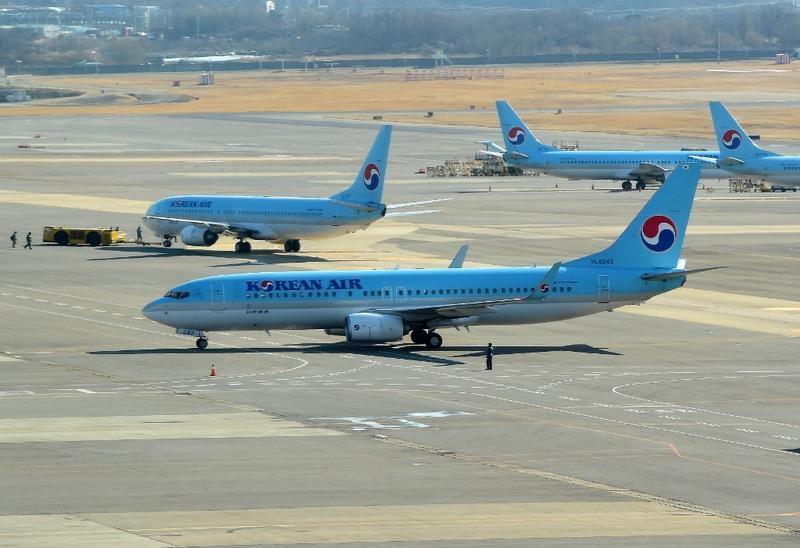 SEOUL — Korean Air Lines, the country's top carrier, said on Monday it will suspend flights between the South Korean city of Busan and Japan's Sapporo from Sept 3 due to lean demand amid a worsening diplomatic and economic row between the two nations.

Last month, Japan tightened controls of exports of high-tech materials to South Korea, in apparent retaliation for a South Korean court ruling over wartime forced labor. Such disputes have prompted a widespread boycott of Japanese products and services, from beer to clothes and travel in South Korea.

The move added chaos to the airline and tourism industries, which were already grappling with rising competition and falling travel demand to Japan - a destination popular among younger tourists.

Koreans are the second-largest travellers to Japan, accounting for 24.2% of footfalls last year, according to data from Japan National Tourism Organisation. The number had tripled over the past five years, data showed.

However, the number of Korean tourists to Japan dropped between January and May, even before the diplomatic row had set off.

"If the anti-Japan sentiment continues and affects our reservation rates, then we cannot rule out the possibility of rearranging our Japan routes," said a spokesman at Jin Air, a budget affiliate of Korean Air.

Korean Air Lines has been considering cutting off unprofitable routes between the two countries from mid-August because of rising supply and slowing demand faced even before the row, a company spokeswoman said, adding that the plan has not been finalised.

South Korean budget airlines T'way Air and Easter Jet will temporarily halt some of its Japan routes from September, but the decision was taken before the dispute started, industry sources said.

"The price competition for Japan routes among domestic low-cost carriers have become too intense lately, making some routes unprofitable," one of the sources said.

South Korea's No. 2 full-fledged carrier Asiana Airlines and the country's biggest budget carrier Jeju Air do not hold plans to discontinue any routes to Japan, but are "closely watching the situation", representatives at the two airlines told Reuters.

Japan accounted for 25% of revenue for South Korea's budget carriers, while the corresponding number for full-fledged airlines is about 10%, according to a report by Um Kyung-a, an analyst with Shinyoung Securities.

According to air traffic data, Japan Airlines said it saw a 7% increase in demand for South Korean flights in May compared with a year-ago period, so the carrier has no plans to pull down its capacity.

"We will adjust our schedule accordingly if it is necessary," said a spokesman.

An ANA spokeswoman also said, "We have not seen any significant impact on flights between South Korea and Japan and we plan to keep our regular schedule going forward."