For Johnson, Brexit a hard nut to crack 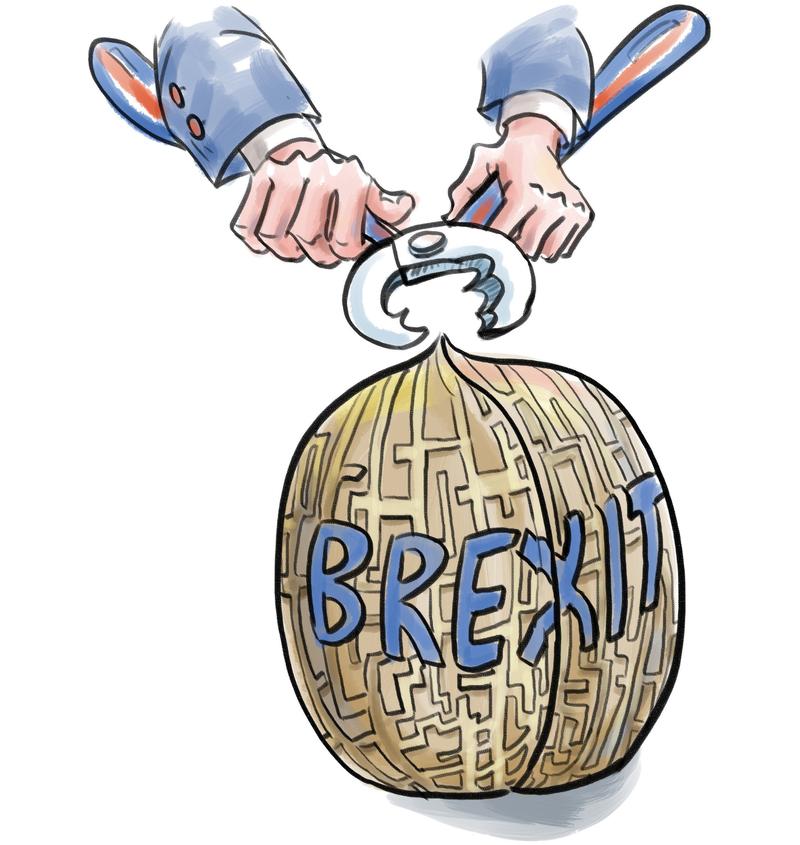 With Boris Johnson being the British prime minister for more than two weeks, it's not so difficult to guess that three factors paved the way for his "Brexit" plan and catapulted him to 10 Downing Street.

First, the division created in British society by the 2016 referendum - which made it difficult for the government to get total public support to negotiate a Brexit deal with the European Union.

Second, the failure of former prime minister Theresa May to lead the Brexit process - which subsequently led to the lengthy withdrawal process creating dissatisfaction among both the Conservative and Labour parties as well as the people.

... without direct access to the EU’s financial market, the UK’s economy would suffer a severe blow, as it is highly dependent on the financial service industry, and about half of its imports and exports are from or to EU countries. As a consequence, the pound would continue to depreciate, inflation rise and direct investment decline drastically

And third, Johnson's extensive influence among the Conservatives and Brexiteers - which can be attributed to his Brexit stance that the United Kingdom would leave the EU even in case of a "no deal".

Johnson's victory in the Conservative Party election also reflects the sentiment of the Tories: they don't want a snap poll even if it means accepting a "hard Brexit".

On the political front, Johnson has three main objectives - to deliver Brexit, unite the country and defeat Labour leader by Jeremy Corbyn, in the Parliament as well as a general election, if one is necessitated. But since Johnson is likely to face almost the same internal and external problems that May encountered, he has to find an effective way to make the British Parliament and public accept his solution to the Brexit problem.

As a hard-line Brexiteer, Johnson seeks to re-negotiate the "Irish backstop" clause - which says the border between the Republic of Ireland and Northern Ireland should remain open (as it is today) whatever the outcome of the negotiations between the UK and the EU. But EU chief negotiator Michael Barnier has ruled out any renegotiation on the issue.

Johnson's hard-Brexit stance has caused serious differences in society, too, and he may not be able to convince the Parliament to accept his proposal, not least because previously the Parliament reached a consensus against a "hard Brexit", which is also the stance of the Democratic Unionist Party, the Conservative Party's coalition partner. And there is little possibility of the EU changing its stance or British citizens accepting a hard Brexit.

Further, Johnson's first fortnight in office has been marked by some negatives, such as the Scottish Conservative Party leader questioning the new prime minister's thinking on Scottish affairs and the loss of the Conservative Party in a byelection, which reduced the ruling coalition's majority to just one.

Besides, the financial market's performance and continuing depreciation of the pound sterling show the financial sector is not in favor of a hard Brexit.

The general view is that a no-deal Brexit would be good for neither Britain nor the EU. There would be chaos in British political circles, social division would widen, and the differences among the political parties and between the government and Parliament would further increase if Johnson insists on a no-deal Brexit.

Also, without direct access to the EU's financial market, the UK's economy would suffer a severe blow, as it is highly dependent on the financial service industry, and about half of its imports and exports are from or to EU countries. As a consequence, the pound would continue to depreciate, inflation rise and direct investment decline drastically. And the spillover effect could influence world economic growth.

Moreover, the EU is not likely to change its stance on Brexit, because, given the rising populism in some European countries, it could prompt some EU-skeptic politicians to seek to change the European integration process. Still, since the UK is a permanent member of the United Nations Security Council, an important NATO member and the second-largest economy in Europe, Brussels wants to maintain a good relationship with it even after it leaves the EU.

As a pragmatic politician, perhaps Johnson knows that a hard Brexit will have a devastating effect on Britain, and therefore his leadership. The outcome of the Brexit process depends on both the UK and the EU. And hopefully, Johnson and his team know how to cope with the fast changing situation, or else both Britain and Europe would lose in the final analysis.

The author is director of the Center for European Studies and Jean Monnet chair at Fudan University.